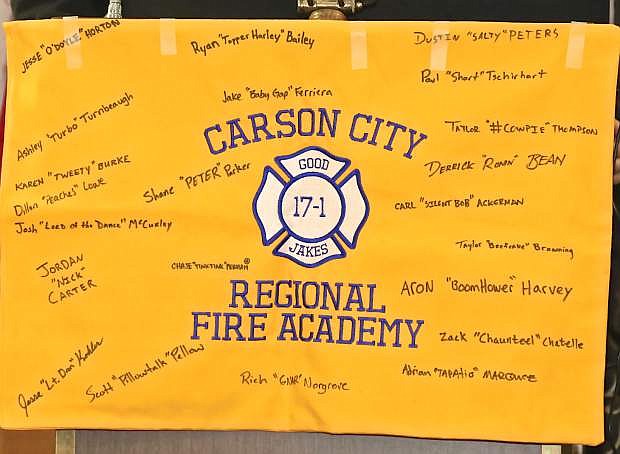 A small banner hung on the podium with all of the graduates signatures and nicknames Friday night at the Nugget.