Lady Wave ready to make a run for the title 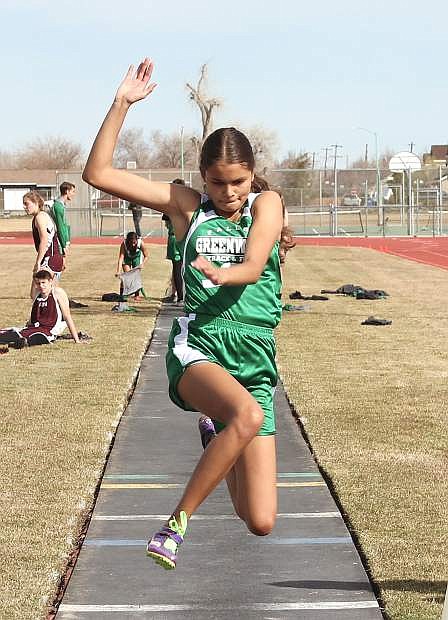 Bailee Walker-Morris comes in for a landing during the long jump.