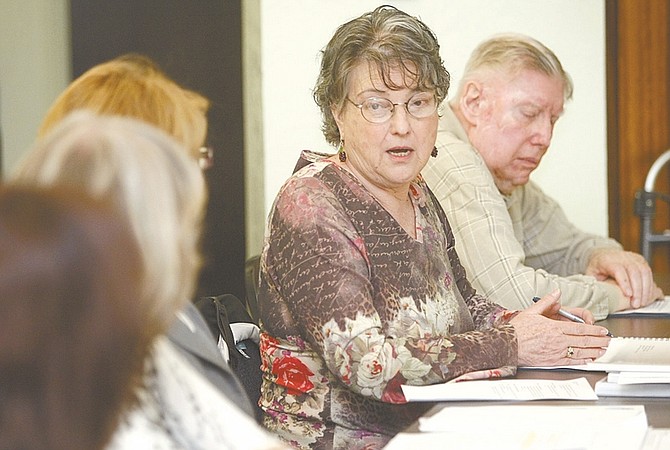 Shannon Litz / Nevada AppealCarson City Library Board member Maxine Nietz makes a suggestion during Thursday&#039;s board meeting. The board voted unanimously to ask the Board of Supervisors to put the City Center Project on the November ballot.