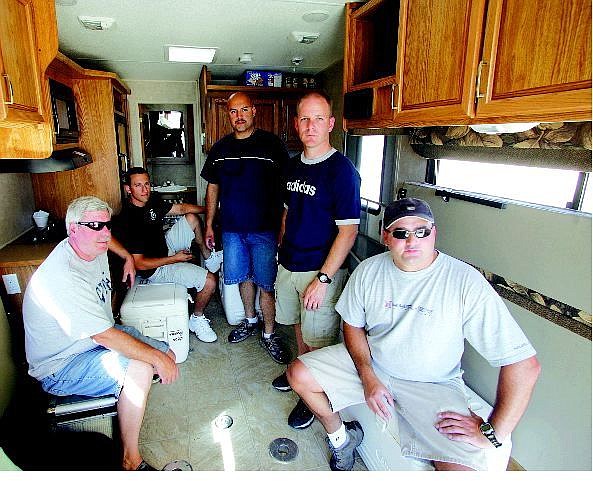 BRAD HORN/Nevada Appeal Carson City Undersheriff Steve Albertson, from left clockwise, deputies Cody Della Bitta, Jose, Gomez, Don Gibson and Dan Ochsenschlager, sit in the trailer they will be living in before their departure to the Gulf Coast.