McBroom able to sweep away Elko 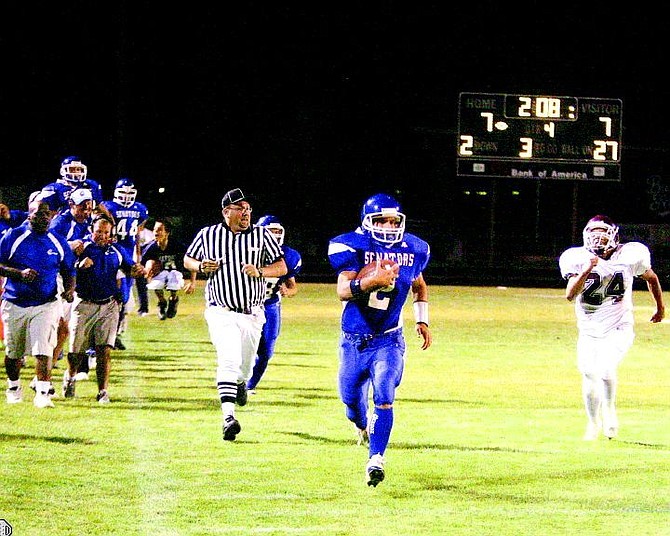 BRAD HORN/Nevada Appeal Carson quarterback Chris McBroom takes the ball down the sideline for a (60 yard) gain while the Carson sideline erupts in the 4th quarter in Carson on Friday.