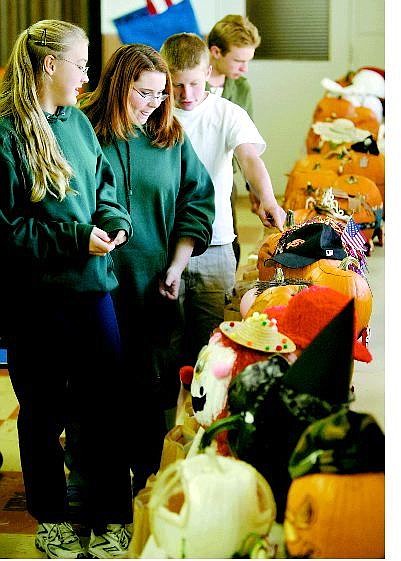 St. Teresa students, from left, Kelly Johnson, Kristin Stanford, Dominic Cavilia and Shaun Fitzgerald, all 14, vote for their favorite in a pumpkin-decorating contest Oct. 14 at the school. Approximately 70 students participated in the contest.