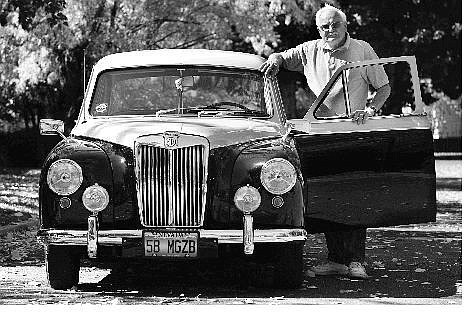 Chad Lundquist/Nevada Appeal Jim Phelps of Carson City stands with the 1958 MG ZB Magnette that took him more than three years to rebuild. Phelps&#039; car will be on display at the National Automobile Museum beginning Nov. 3 as part of an orphan cars exhibit.