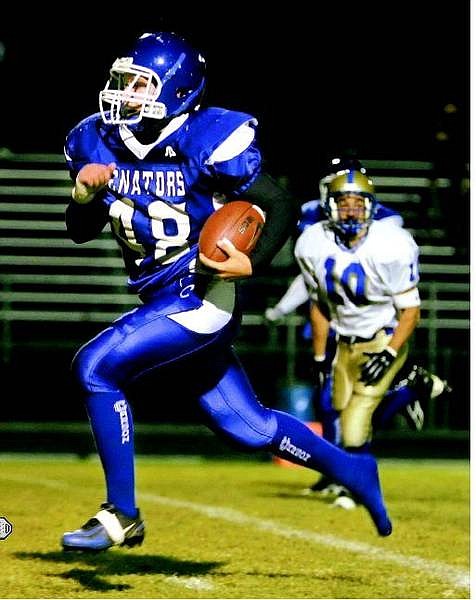 BRAD HORN/Nevada Appeal Carson&#039;s Travis Lamborn runs for a 49-yard touchdown after losing his shoe near the beginning of the run during the first half on Friday night.