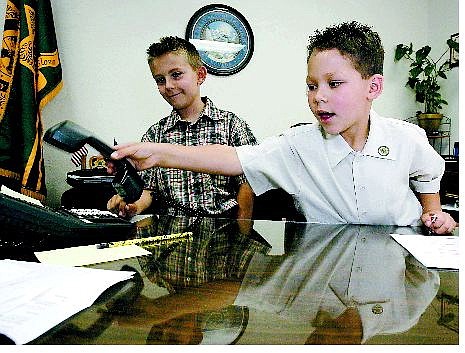 Chad Lundquist/Nevada Appeal Ernrique Sanchez, 8, of Carson City makes executive decisions as he learns about what it takes to be sheriff for a day. His brother Kaleb VanMeter, 7, left, helps with those issues as the official undersheriff.