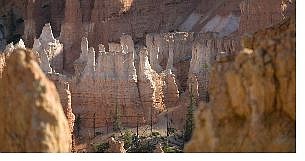 Rick Gunn/For the Appeal Ethereal rock formations reign over the landscape on the Queen&#039;s Garden Trail in Bryce Canyon National Park on July 17.