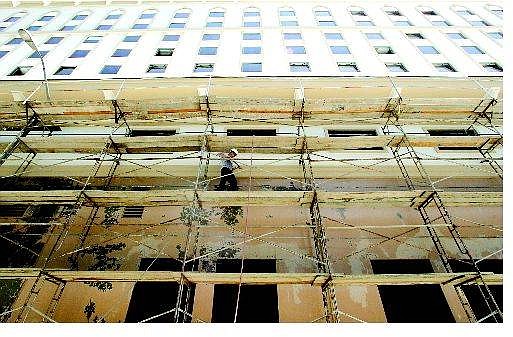 BRAD HORN/Nevada Appeal Jim Fether, of Carson City, water blasts the side of the Ormsby House on Thursday. Hotel/casino owners have not released an opening date for the project that has been underway since 2003, but work is progressing.