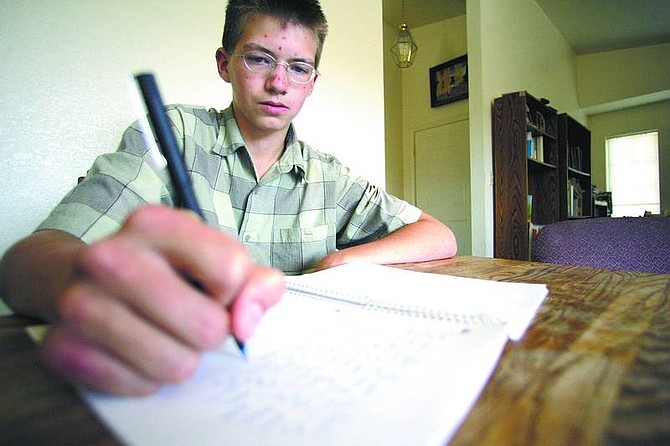 BRAD HORN/Nevada Appeal Devin Galloway, a home-schooled student from Dayton, writes in a notebook at his home on Wednesday. The 13-year-old student will begin his freshman year of high school in September. His mother says her son, who aspires to be an author, will finish high school before his 17th birthday.