Though soaked, city better prepared than in '97 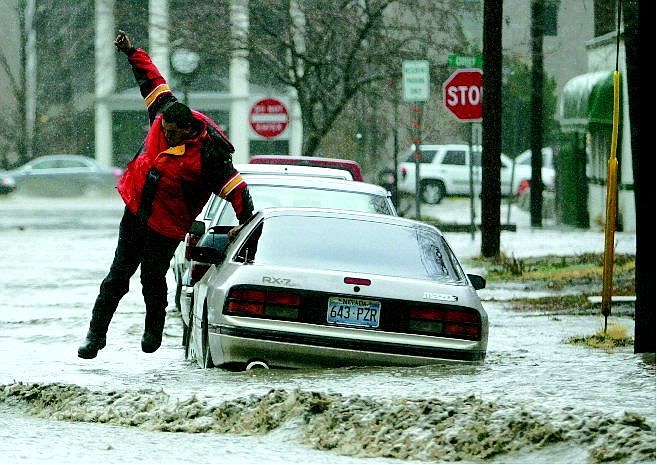 BRAD HORN/Nevada Appeal Ruben Correa, of Carson City, leaps over a car to get to his vehicle near Curry Street in Carson City on Saturday. A state of emergency was declared because of the flooding.