Men bound over in murder 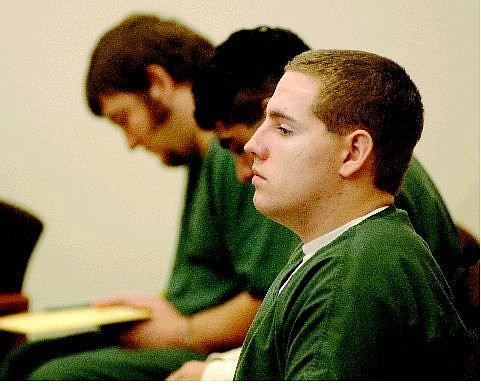 Kevin Clifford/Nevada Appeal Defendants, from right to left, Danny Shaw, Tyler Cruz and Fred Bechtold will be tried in the murder of Adam Wells, a Carson City judge determined Friday. Juan Cervantes will also be tried.