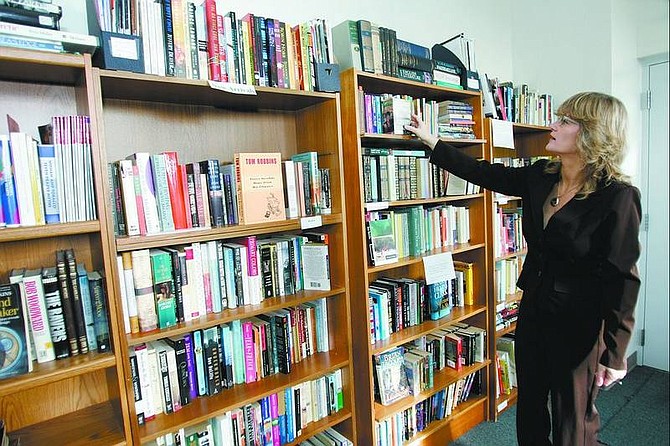 Chad Lundquist/Nevada Appeal Quest Lakes, of the Silver City Volunteer Library, points to some of the books at the library in the firehouse Tuesday. The library will be open to Silver City residents from 2-4 p.m. Sundays, starting Jan. 8.