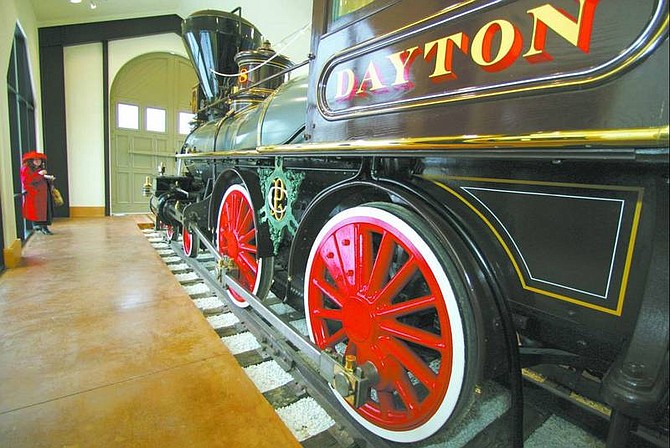 BRAD HORN/Nevada Appeal Sharon Fujioka enjoys a snack during the grand opening of the Comstock History Center in Virginia City on Friday.