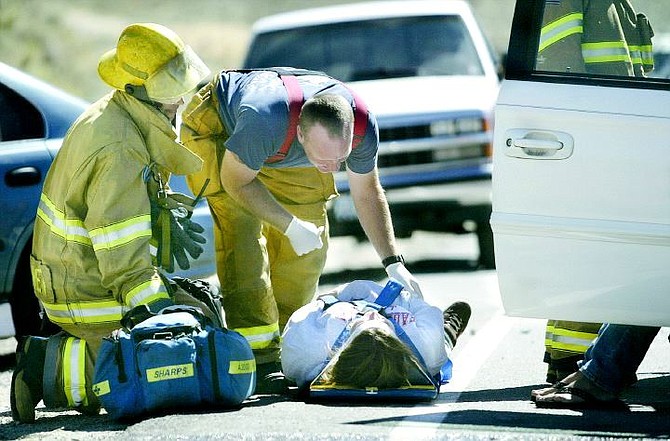 Cathleen Allison/Nevada Appeal Firefighters tend to an unidentified Carson City girl who was injured in a three-car accident on Edmonds Drive near Butti Way Tuesday afternoon. Four people were taken to Carson-Tahoe Hospital for treatment and one was taken by Care Flight to Washoe Medical Center.