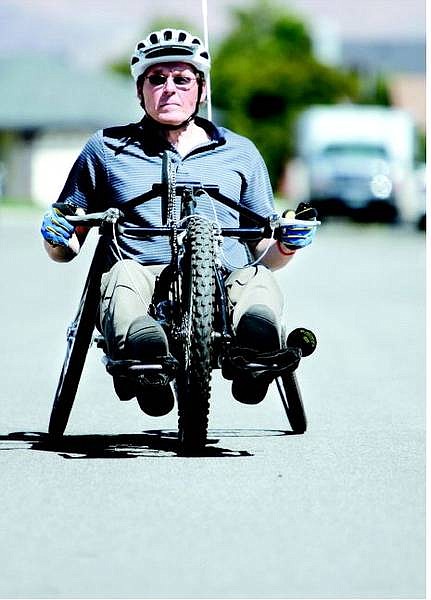 Chad Lundquist/Nevada Appeal Charles Kuhn, 48, of Carson City, trains for a Multiple Sclerosis 150 Bike Ride on Monday. Kuhn, takes on the two-day, 150-mile ride that begins in Grayeagle on Sept. 10.