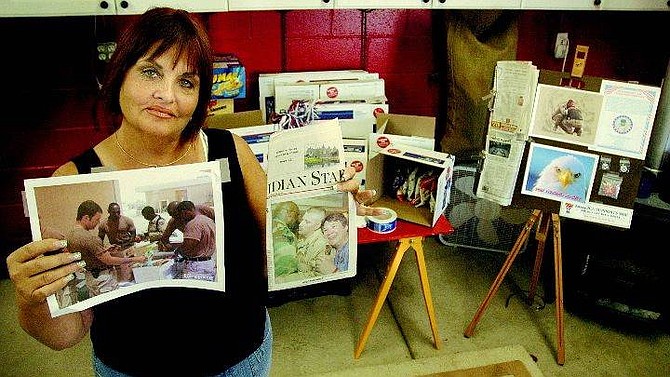 Kevin Clifford/Nevada Appeal P.J. Degross of Carson City stands in front of her Web of Support work station Thursday in her garage where she ships goods to deployed soldiers of the Mississippi National Guard. She holds a picture of soldiers receiving the packages she sent and a newspaper article about Sgt. Norris Galatas, who asked her to help his men after being injured.