Grabbing a mystery disease by the neck 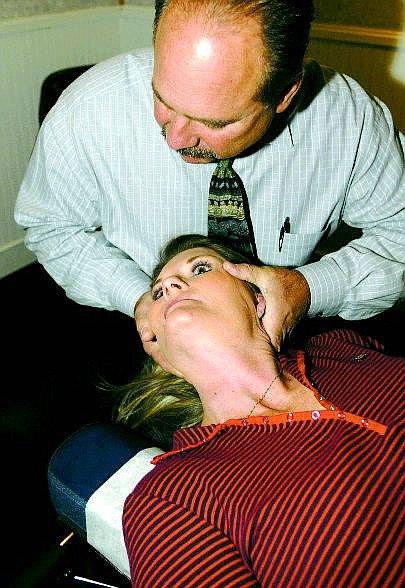 Dan Thrift / Nevada Appeal News Service Paul Whitcomb, a chiropractor, realigns the top vertebra of Lori Stennett, of Fort Stockton, Texas, to treat her fibromyalgia in his office at South Lake Tahoe. Ninety percent of the 6 million victims of the disease are women.