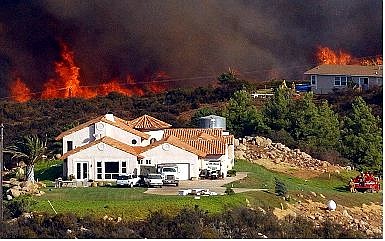 Heat and high winds approach as a man comforts a distraught man amid burning homes and low visibility as the Arrowhead fire pushes into the Del Rosa area of San Bernardino.