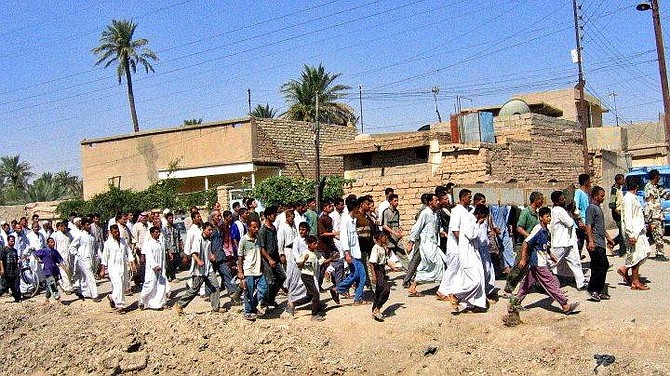 A funeral procession carries the body of one of the victims, killed during Wednesday&#039;s car bombing in Baqouba, some 35 miles (55 kms) northeast of Baghdad, Thursday July 29, 2004. A suicide car bomb tore through a downtown street, killing some 70 Iraqis and turning a bustling area of shops and fruit stalls into charred wreckage, twisted metal and burning cars, the deadliest attack in the month since U.S. authorities handed sovereignty to an interim government. (AP Photo/Sami Aburaya)