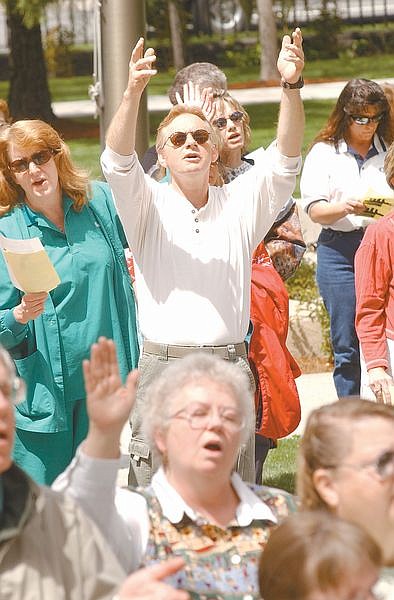 David Shipman and Joann Jacot, foreground, raise their arms in prayer at the Capitol steps during a noon National Day of Prayer Thursday. Close to 100 people came to the steps to sing and pray as other prayer circles gathered throughout Carson City including at the flag pole at Carson High School. Photo by Brian Corley