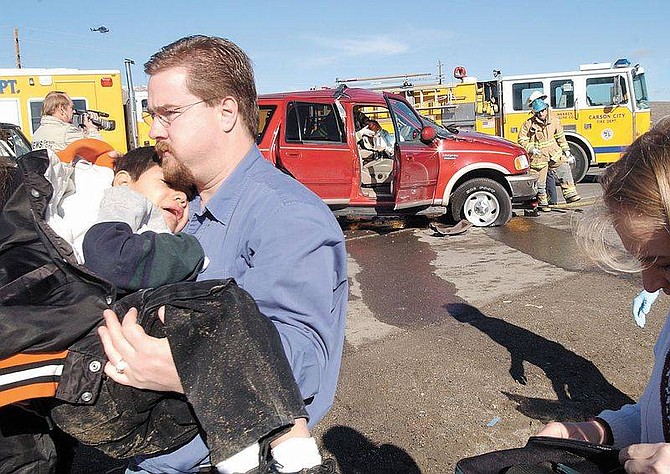 Rick Gunn photoA bystander carries one of two children involved in a traffic collision on Thursday. The children were unhurt, but their mother was injured.