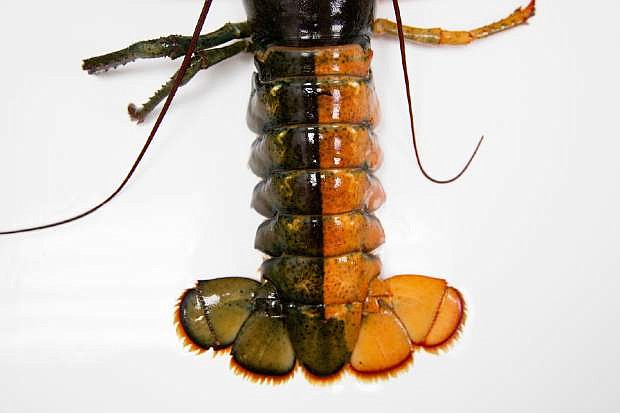 A Monday, July 6, 2015 photo shows the tail of a rare orange-brown split colored lobster that arrived recently at the Pine Point Fisherman&#039;s Co-Op in Scarborough, Me. According to research by the Lobster Institute, the chances of finding a split colored lobster is one in 50 million. Only the albino lobster, one in 100 million, is rarer than the split-colored lobster, according to the institute. (Yoon S. Byun/Portland Press Herald via AP) ONLINE OUT, ARCHIVE OUT 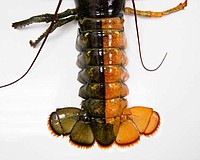 SCARBOROUGH, Maine — A rare orange-brown split-colored lobster has turned up off the coast of Maine.