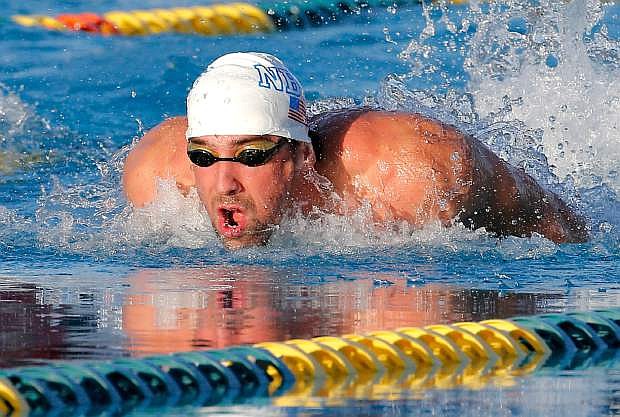 Michael Phelps competes in the 100-meter butterfly final during the Arena Grand Prix, Thursday, April 24, 2014, in Mesa, Ariz. Ryan Lochte won, and Phelps finished in second place. He was competing for the first time since the 2012 London Olympics. (AP Photo/Matt York) 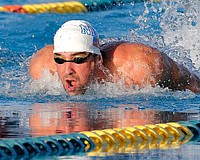 Phelps fails to move on in 50 free