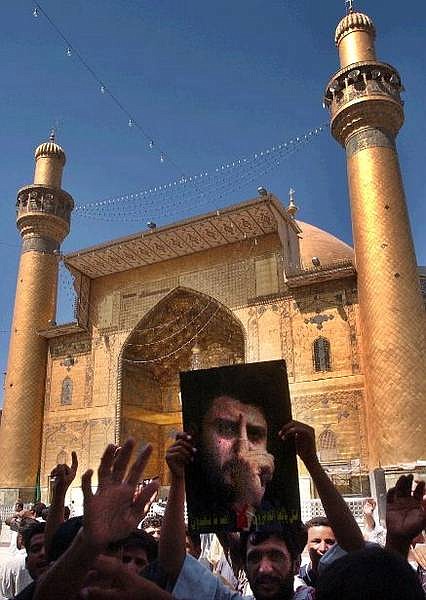 Iraqis loyal to radical Shiite cleric Muqtada al-Sadr hoist pictures of al-Sadr as they rally in the Imam Ali mosque complex as clashes take place between U.S. and Iraqi soldiers with Sadr&#039;s militia in the southern Iraqi city of Najaf, Monday Aug. 16, 2004. Delegates at Iraq&#039;s National Conference called on radical Shiite cleric Muqtada al-Sadr to abandon his uprising against U.S. and Iraqi troops and pull his fighters out of a holy shrine in Najaf. (AP Photo/Khalid Mohammed) 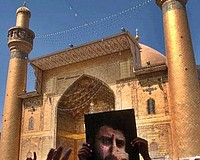 U.S. tanks take up positions near holy shrine in Najaf