Chain controls are in place for a reason 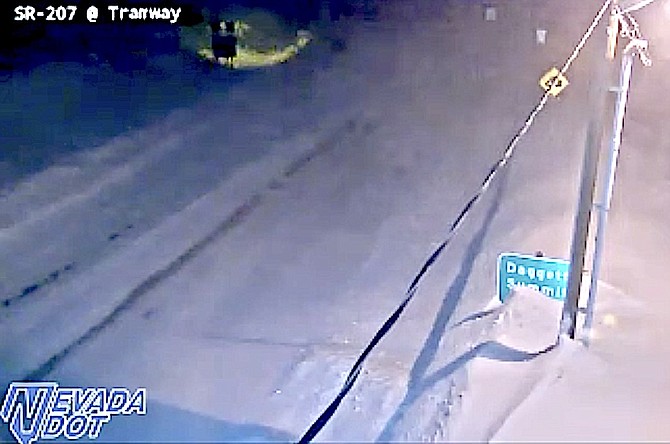 Daggett Summit at the top of Kingsbury had chain controls on Jan. 16 for obvious reasons.

You’d think people would look at a particularly snowy grade, consider the possibility of getting stuck or trapped in a blizzard, and turn around until the plows spend some time clearing and sanding the road.

But that clearly isn’t happening. At one point on Saturday evening, the California Highway Patrol reported no fewer that three vehicles had slid off 88 near Diamond Valley Road.

Kingsbury Grade has been closed for four days so far this year because drivers failed to negotiate the highway.

That raises the question whether someone should be checking vehicles to ensure they’re complying with road controls?

Nevada state highway and police can prohibit any vehicle deemed unsafe from entering a chain control area, but we can say that rarely happens in practice.

According to the Nevada Department of Transportation, there are around 100 collisions a year on the Silver State’s portion of Lake Tahoe.

That prompted the state to issue a regulation in 2018 that any vehicle forgoing chains while controls are in effect must be four or all-wheel drive.

However, with the state’s current personnel shortages, the question if you want troopers sitting at the bottom of Kingsbury or Spooner grades, or even Jake’s Hill sorting vehicles capable to traversing slick snowy highways or dealing with the traffic up top where people’s lives could be in danger.

And even with someone making sure chains are installed correctly, tires have sufficient tread and vehicles are all- or four-wheel drive, that doesn’t account for the human factor.

An early driving lesson for those tackling the roads in inclement weather is that four-wheel drive does not mean four-wheel stop.

While getting stuck, or in a wreck seems like it would be its own punishment, that doesn’t help the drivers who took the time and care to install chains and who find they are collateral damage for someone else’s carelessness.