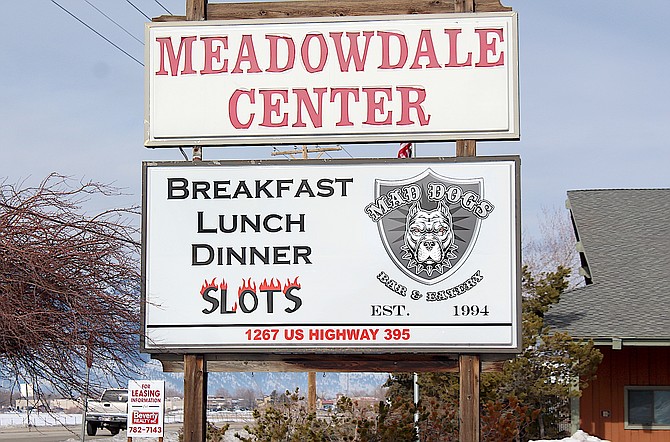 The restaurant formally known as Hamdogs has closed its doors.

When the restaurant formally known as Hamdogs opened Aug. 3, 1994, it was located right next to the only movie theater in Carson Valley.

Last week, the Gardnerville restaurant located in the Meadowdale Center closed after not quite 29 years.

The restaurant was named after its signature dish, a large meatball shaped like a hot dog, covered with marinara sauce, mozzarella cheese and spices served on a roll, R-C staff writer Carissa Cronkright reported on Sept. 29, 1994.

After the Meadowdale Theater closed in 2000, the space next door was occupied by Valley Christian Fellowship for around four years before the church moved and the restaurant took over the space.

The Nevada Clean Air Act initiative, approved in 2006 banned smoking in restaurants, which restaurant owner Greg Sayabalian said in 2010 resulted in a 30 percent drop in business.

He sought to change the former movie theater and church into a separate bar and gaming area for patrons but was denied a zone change to tourist commercial in 2009.

In the June 9, 2010, edition of The Record-Courier, a photo shows Sayabalian standing in front of the Hamdogs sign which said “Want Change Start With County Commissioners Vote Em Out,” in protest of a county ordinance to require a minimum of 100 guest rooms be built to obtain an unlimited gaming license.

An effort by then-county commissioner Dave Nelson to repeal the ordinance failed to gain any support.

The restaurant was the location of several political rallies, including one in March 2019 opposing the new state law requiring background checks.

The restaurant was closed over the pandemic and the name changed to Mad Dogs last year.

The restaurant renewed its liquor license under its new name in spring 2022.

News that the restaurant had shut its doors was shared with patrons by a piece of paper on the door citing President Joe Biden as the cause of the closure.