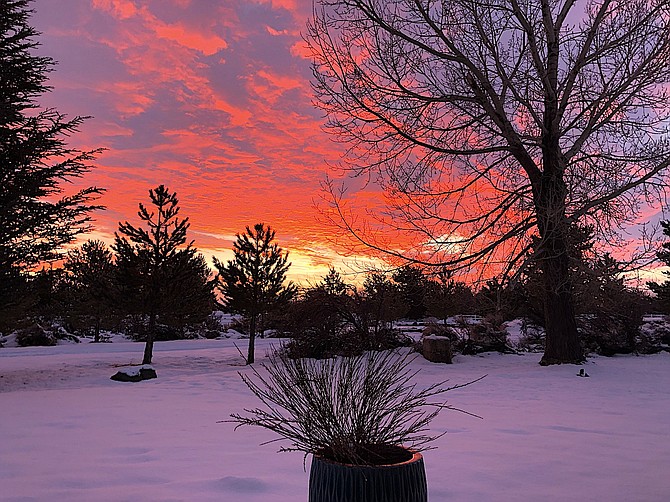 Genoa, Nev. — Members of the Vacation Home Rental committee hit what I’m calling the halfway mark in their review of the county code after meeting for around five hours on Wednesday. They talked briefly about density of rentals but decided to save that discussion for next time. They hope to be done by March.

A tentative land division map calving off two 5-acre parcels off a 199-acre parcel just west of the Centerville roundabout goes before the Administrative Hearing Panel 2 p.m. today at the Minden Inn. There’s also a reduction from three lots to two lots in Clear Creek.

Douglas County is cutting the hours for the nonemergency flood call center to 8 a.m. to 5 p.m. reflecting the subsiding waters around the Valley. The East Fork is back down to 10.6 feet and the West Fork at Woodfords never really paid any mind to the precipitation, remaining around 10.5 feet.

It is foggy on Highway 395 through Carson Valley this morning and I expect it might be slick, too. Chains or snow tires are being required between Carson City and Minden. If you’re going over Kingsbury or Spooner, throw it in four-wheel drive, too. Highway 395 is shut down south of Bridgeport. Both Highway 50 and Interstate 80 are open this morning.

It snowed on Wednesday but didn’t produce much moisture with a quarter-inch reported in Minden and almost a fifth in Genoa. The forecast calls for mostly cloudy skies and a high of 43 degrees with the barest breath of wind calming this afternoon.