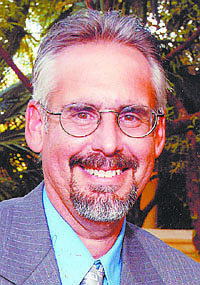 If the TCU Horned Frogs can get to the college football national title game, why not the Nevada Wolf Pack someday? OK, stop laughing. We understand there are dozens (hundreds, thousands?) of reasons why the Wolf Pack will never be in the NCAA college football title game. But we can dream, can’t we?

If you are a Wolf Pack supporter and are wondering who to cheer for this Monday night when TCU meets the Georgia Bulldogs in this year’s title game, well, how about rooting for the Horned Frogs? The Wolf Pack, after all, has far fewer degrees of separation from TCU than Kevin Bacon has from every actor, actress or director in Hollywood. The Wolf Pack and TCU were both in the Western Athletic Conference together in 2000. The Wolf Pack’s first WAC game, in fact, came against TCU at Mackay Stadium on Sept. 9, 2000. TCU won that day, 41-10, as tailback LaDainian Tomlinson rushed for 176 yards and three touchdowns and Pack quarterback David Neill was sacked 15 times. Fortunately for the Pack, the Horned Frogs jumped to Conference USA the next year. TCU later joined the Mountain West from 2005-11 and dominated, winning 11 or more games in six of the seven years and going 30-1 in league games the final four years. TCU then left for the Big 12, its current home, after the 2011 season and was replaced in the Mountain West by Nevada, Fresno State and Hawaii. Yes, it took three current Mountain West teams to replace TCU. Two more would be added in 2013 (Utah State, San Jose State) when it was discovered that three wasn’t quite enough.

The Pack-TCU links don’t end there. TCU’s current head coach, Sonny Dykes, coached against the Pack in 2010 and 2011 as the head coach of Louisiana Tech (going 1-1 against Nevada). Dykes also was an assistant coach on Hal Mumme’s Kentucky team in the late 1990s when future Pack offensive coordinator Matt Mumme was a backup quarterback. So, but for the grace of a few million dollars in budget money, a conference realignment or two and a Texas-based recruiting pool from which to fill the roster, the Wolf Pack could be meeting Georgia on Monday. Stop laughing.

If you loved the Wolf Pack’s Air Raid offense under Matt Mumme (offensive coordinator) and Jay Norvell (head coach) from 2017-21, then you should root for Dykes and TCU on Monday. The Air Raid, after all, was created by Hal Mumme and Mike Leach at Iowa Wesleyan, Valdosta State and Kentucky, starting in 1989 through 2000. Dykes was an assistant with Leach at Kentucky under Hal Mumme in 1997 and 1998 and later served under Leach at Texas Tech from 2000-06. Dykes’ Horned Frogs honored Leach, who died in early December, with pirate flag helmet stickers (Leach was obsessed with pirates). It will be even more fitting for Dykes and TCU to honor Leach and his Air Raid with a national title on Monday.

The NFL, of course, did absolutely the right thing by postponing the Cincinnati Bengals-Buffalo Bills game on Monday night after the Bills’ Damar Hamlin suffered a cardiac arrest. There was no way those players or coaches on the field on Monday could have continued to play after such a frightening and traumatic event. It was difficult to watch it on TV just as a fan. The NFL now has to continue to do the right thing by never completing the game. The postponement needs to turn into a cancellation. There is just one weekend left in the regular season and to squeeze in the game before the playoffs begin would be unfair and not at all sensitive to the Bills and Bengals, Hamlin and his friends and family, or even to the other playoff teams that might have to wait an additional week to play. It will be extremely difficult for the Bills to play New England and the Bengals to meet the Ravens this weekend, let alone forcing them to play another game the following week. There really is no important reason to ever finish Monday’s game. The playoff implications are minimal. Both teams have already clinched a playoff spot. Buffalo has already clinched the AFC east title. Yes, a playoff site or two might change if Monday’s game is finished. Maybe a team gets in and another is left out. Maybe. There are things far more important to consider now than the postseason implications for some fringe playoff teams. The NFL correctly decided on Monday that a player’s life and the mental well-being of the players involved on Monday was more important than the finishing of a game. That reasoning still applies.

The outpouring of concern for Hamlin in the media as well as the sensitivity the league has shown so far has been commendable. It’s been reassuring. But what if Hamlin had a cardiac arrest in practice last week before the game? Would the NFL had cancelled the game and thrown away a huge Monday night TV audience? What if that huge viewing audience on national television didn’t experience Hamlin’s cardiac arrest as it happened right in the middle of a game on their favorite devices? What if the nation didn’t witness for themselves in real time players crying and hiding their eyes on the field, praying and showing concern for Hamlin? Would the national media have devoted all of its talk shows, podcasts, stories and broadcasts this week to Hamlin? Don’t be so sure. Would anybody not directly connected to Hamlin, a player that few fans likely heard of before Monday night, be all that concerned about him if what happened didn’t take place on television? Minnesota Vikings offensive lineman Korey Stringer, after all, collapsed and later died during training camp in 2001 and nobody even cancelled a pre-season game. We would like to think that the answer to all the above questions would be yes. And, hopefully, it will be in the future if such an event occurs again even away from our television eyes.

The Nevada Wolf Pack football team this past week added an intriguing quarterback to its roster. Brendon Lewis, the starting quarterback for the Colorado Buffaloes two seasons ago, will likely compete with Shane Illingworth, who came from Oklahoma State last year, for the Wolf Pack starting job this spring and summer.

On the surface, a quarterback competition between former Colorado and Oklahoma State quarterbacks would seem to mean the position is in capable hands for 2023 and beyond. Illingworth has two years of eligibility remaining while Lewis has three. But nothing is ever guaranteed at Nevada and, don’t forget, this current coaching staff has yet to prove it can actually develop a quarterback. The Pack wouldn’t have needed Lewis (and Lewis likely wouldn’t have signed with Nevada) if Illingworth seized control of the position last fall. But he completed just 84-of-145 passes for 761 yards, two touchdowns and three interceptions. He couldn’t even beat out Nate Cox. Lewis, by the way, couldn’t even beat out J.T. Shrout and Owen McCown this year for a 1-11 Colorado team that fired its head coach (Karl Dorell) during the season. Lewis then put his name in the transfer portal back in October (that’s what players do these days when they lose a starting job) and ended up choosing Nevada, a team that went 2-10 in the Mountain West. Why would anybody go from Colorado and the Pac-12 to Nevada and the Mountain West? Why would anybody leave Oklahoma State and the Big 12 and choose Nevada? Well, because they weren’t going to play at Colorado or Oklahoma State. Lewis completed just 58 percent of his passes in 2021 for 1,540 yards, 10 touchdowns and three interceptions as the Buffaloes went 4-8. He can run, doesn’t turn the ball over and he completes short, safe passes for little yards. So, yes, he just might be a 6-foot-2 version of the 6-10 Cox. The Pack, of course, had to bring in someone with some sort of legitimate credentials to compete with Illingworth, a guy they never fell in love with this past season. Just keep in mind to never judge a transfer portal gift by its fancy wrapping.

It’s likely Wilson fell in love with Lewis two years ago on a cloudy, 52-degree October afternoon in Eugene, Ore. That’s when Lewis and Colorado ventured to Autzen Stadium to take on the Oregon Ducks. Wilson was one of the defensive coordinators for Oregon that day. Lewis had one of his best days as a Colorado quarterback, passing for 224 yards and three touchdowns, completing 25-of-33 passes in a 52-29 loss. It was 31-14 at halftime and 45-14 going into the fourth quarter so all of Lewis’ exploits didn’t mean all that much. But it might have bought him a ticket to Nevada 15 months later. Lewis’ favorite target that day in Eugene, incidentally, was Brenden Rice (five catches, 102 yards and a touchdown), the son of former San Francisco 49ers great Jerry Rice. Brenden Rice (like Lewis) has recently transferred from the Deion Sanders Prime Time Buffaloes and is now at USC, where he will go up against Lewis and the Pack this September in Los Angeles.

Just when you thought it was safe to enjoy a NFL postseason without Tom Brady or Aaron Rogers, well, forget about it. Brady and the Tampa Bay Buccaneers, who were 3-5 back in late October and 6-8 in the middle of December, are now 8-8 and have already clinched a playoff spot. Rogers and the Green Bay Packers were 4-8 in late November but are now 8-8 and will qualify for the playoffs with a win over the Detroit Lions on Sunday. Don’t bet against either Brady or Rogers (if they get into the playoffs) showing up in the Super Bowl. Rogers or Brady beating out an NFC quarterback playoff field that includes Dak Prescott, Kirk Cousins, Daniel Jones, Brock Purdy, an injured and rusty Jalen Hurts or Gardner Minshew and maybe Geno Smith or Jared Goff isn’t all that far-fetched.