Football at midseason: Manogue on top; Douglas looking for more 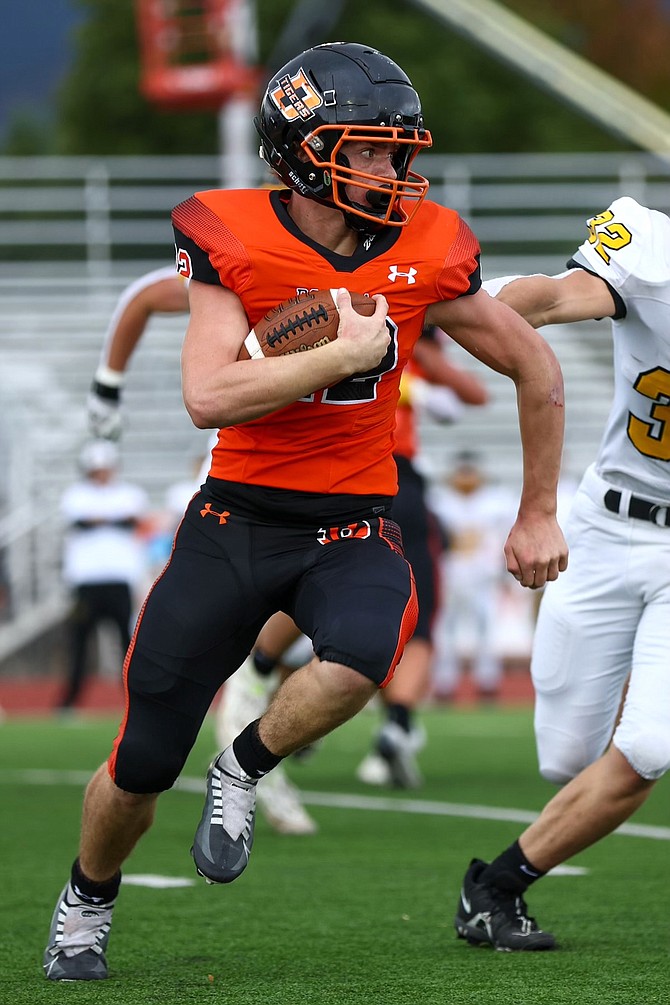 Douglas’ Connor Jackson against Galena on Sept. 19, 2022 in Minden.
Photo by Ron Harpin.