Containment up to 60 percent on Sierra fire 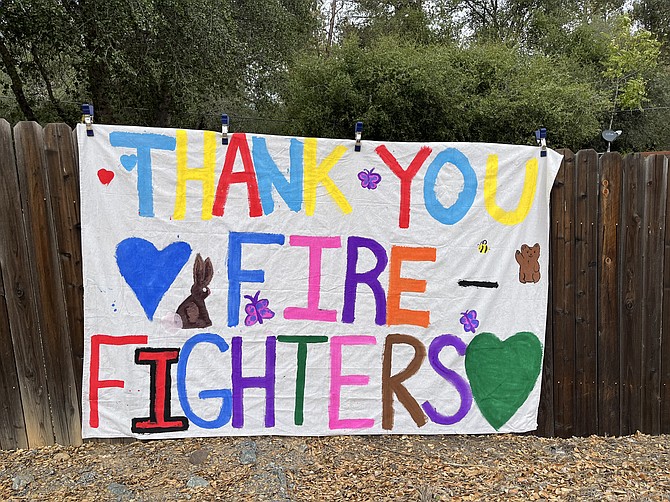 Wet weather has stopped the Mosquito Fire in its tracks allowing firefighters to get a line around 60 percent of the blaze on Wednesday, officials said.

“The combination of widespread precipitation and dogged determination of the firefighters led Fire Behavior Analyst Jonathan Pangburn to report that ‘lingering heat within the fire perimeter will have an opportunity to start moving this weekend, but I don’t anticipate any fire spread as the mop-up operations are going very well.’”

All but one evacuation order for the fire was lifted on Wednesday as residents returned to their homes, fire officials said on Thursday morning.

Fire officials report 78 structures were lost in the76,539-acre fire that started on Sept. 6 near Oxbow Reservoir 50 miles west of Minden on the other side of the mountains.

“One of Thursday's missions includes assisting repopulated communities and ensuring that every hotspot remotely near the fireline is extinguished as well,” fire officials said. “Another is increasing containment on the east side.”

That side was burning along a 20-mile front up the Sierra around 10 miles from Lake Tahoe.

Dry weather forecast over the next week will allow firefighters to reach parts of the fire that were inaccessible due to muddy roads, but it will also increase the chances that fuels will ignite.

It has been a week since the fire sent hazardous levels of smoke into Carson Valley and Western Nevada.

Full containment on the fire is estimated for Oct. 15.