Man in custody after Labor Day standoff in Johnson Lane 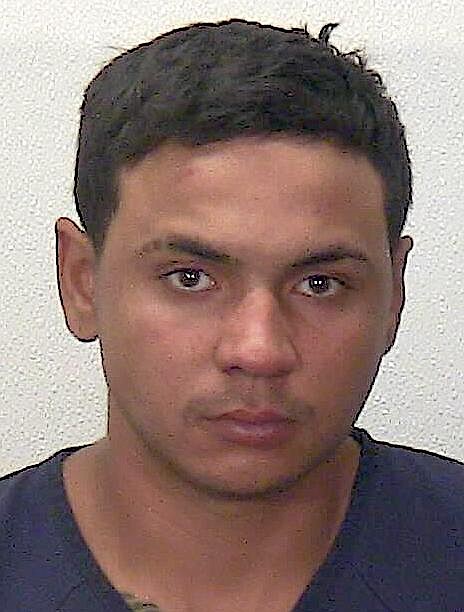 A man accused of being drunk when he crashed his car and then held deputies at bay for a half-hour on Labor Day will be held without bail until at least next week.

Charles Edward Wilkinson, 25, was on court conditions Sept. 5 around 6:30 p.m. Monday when emergency personnel responded to a report of a collision at Highway 395 and Johnson Lane.

While en route, deputies were diverted to an address a few blocks north of Stephanie Way where residents said Wilkinson came into the house and took a pistol from the gun safe.

They fled to the neighbors as deputies gathered around the home. At one point Wilkinson reportedly stood in the open doorway with the pistol to his head. A deputy managed to get in taser range and bring him down and he was taken into custody.

Prosecutor Nathaniel Smith asked that Wilkinson be held without bail pending a revocation hearing, saying that he was in misdemeanor treatment court and was under orders to remain sober.

While he refused alcohol testing, he showed signs of intoxication when he was arrested. He is scheduled to return to court on Sept. 14.

• A convicted burglar is scheduled to appear in Douglas County District Court on Sept. 19 in connection with his Aug. 21 arrest for stealing a vacuum cleaner from the Gardnerville Walmart.

McPhail is accused of ringing up $808 in merchandise at $1 an item. When security took notice, he left most of the goods, except a $329 vacuum. When confronted, he reportedly put up his fists before running with the cart out of the store. Deputies arrested him while he was northbound on Highway 395 in Gardnerville.

• A man who walked uninvited into an Indian Hills apartment at 3 a.m. on Aug. 10 waived extradition to Montana on Wednesday.

Monte Allen Walker, 60, was under a conditional release from the Montana Department of Corrections after being sentenced Jan. 7, 2021, for felony drug possession.

Montana authorities have two weeks to pick him up from Minden.

Both Douglas County Sheriff’s deputies and Washoe Tribe Police responded to the call and traced the sound toward Hobo Hot Springs on tribal land.

Neither agency was able to locate the shooter.

A second incident prompted subsequent calls that may have been determined to be a backfire exhaust.