Senatorial candidate to visit every county before the general election

U.S. senatorial candidate Adam Laxalt completed his first week of a two-week bus tour with local stops in Carson City on Wednesday and Minden and Virginia City on Thursday. Laxalt vowed to speak to voters in every county of the state.

“We’re going to every corner of the state,” Laxalt told more than 100 supporters who had gathered at the Carson City Republican office. “We’re telling everyone that we have one shot to save Nevada this election.”

Laxalt, the state’s former attorney general from 2015 to 2019, is locked in a tight race with incumbent Democratic Sen. Catherine Cortez Masto who was first elected in 2016. The first-term senator carried only county, Clark, in 2016 against challenger Joe Heck. 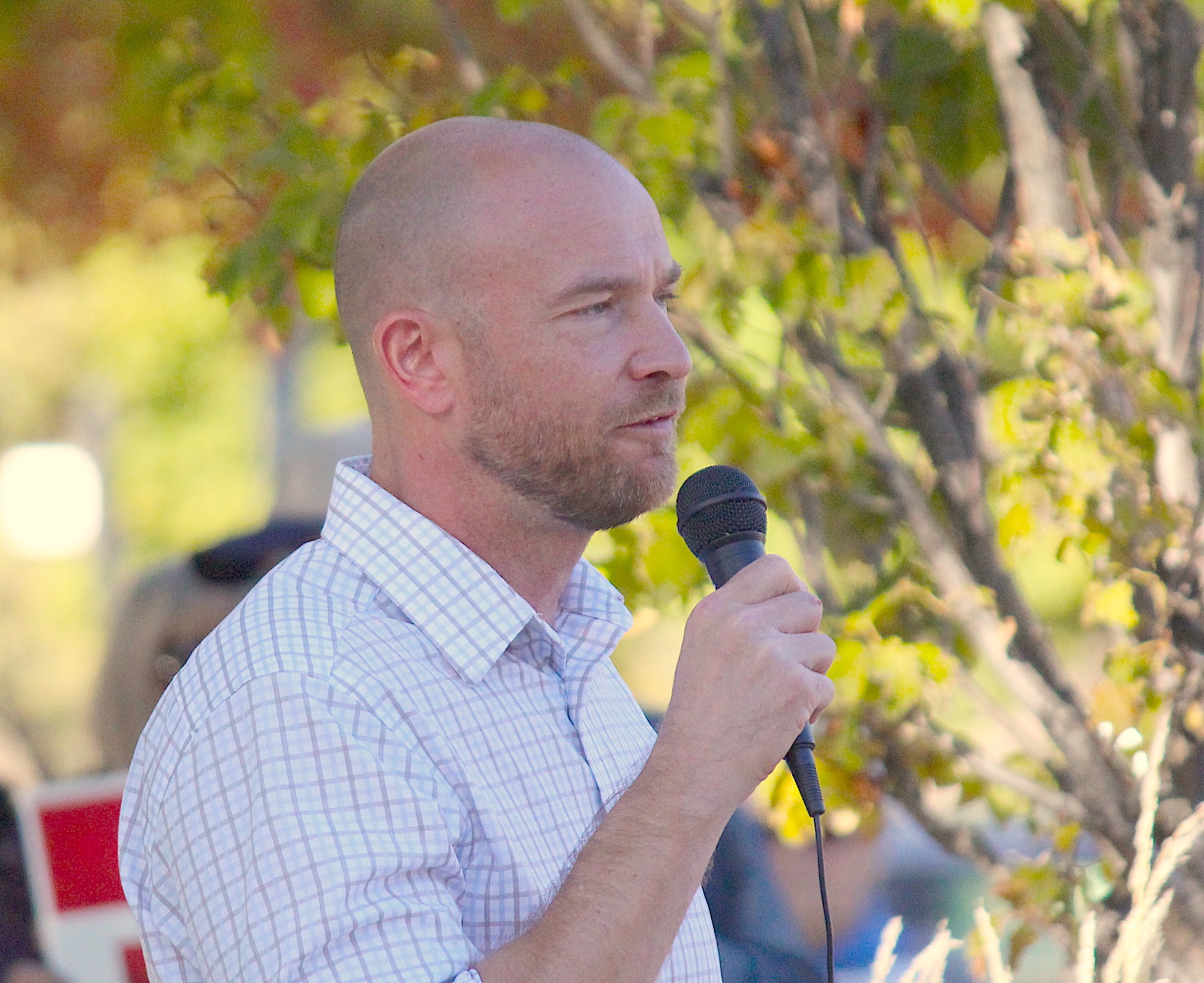 Laxalt said Cortez Masto has been missing from the campaign trail this fall and mentioned former President Barack Obama and Sen. Bernie Sanders, D-Vermont, are coming to the Silver State to campaign for her, but not President Joe Biden.

As Laxalt revved up the crowed, he posed a rhetorical question.

Laxalt said Cortez Masto has voted for bills that add more money to the national debt.

“You don’t have my vote for more spending,” he said, accusing her as a reliable vote for the Biden administration.

Laxalt also touted his background as one who supports law enforcement. He said law and order is “near and dear to his heart” and that the Las Vegas Metropolitan Police Department, which is part of Public Safety Alliance of Nevada (PSAN), endorsed him. PSAN includes the Police Officers Association of Clark County School District, the Reno Police Protective Association and the Washoe County Sheriff Deputies Association.

“She had the support of Metro in 2016, but they have flipped to me in this race,” Laxalt said. “They all know I will stand with law enforcement.”

Laxalt also touched on “the porous southern border” which has been a major source of human trafficking, and how Nevada is at the crossroads for this election cycle.

“If we don’t win, Nevada is gone forever,” he said. 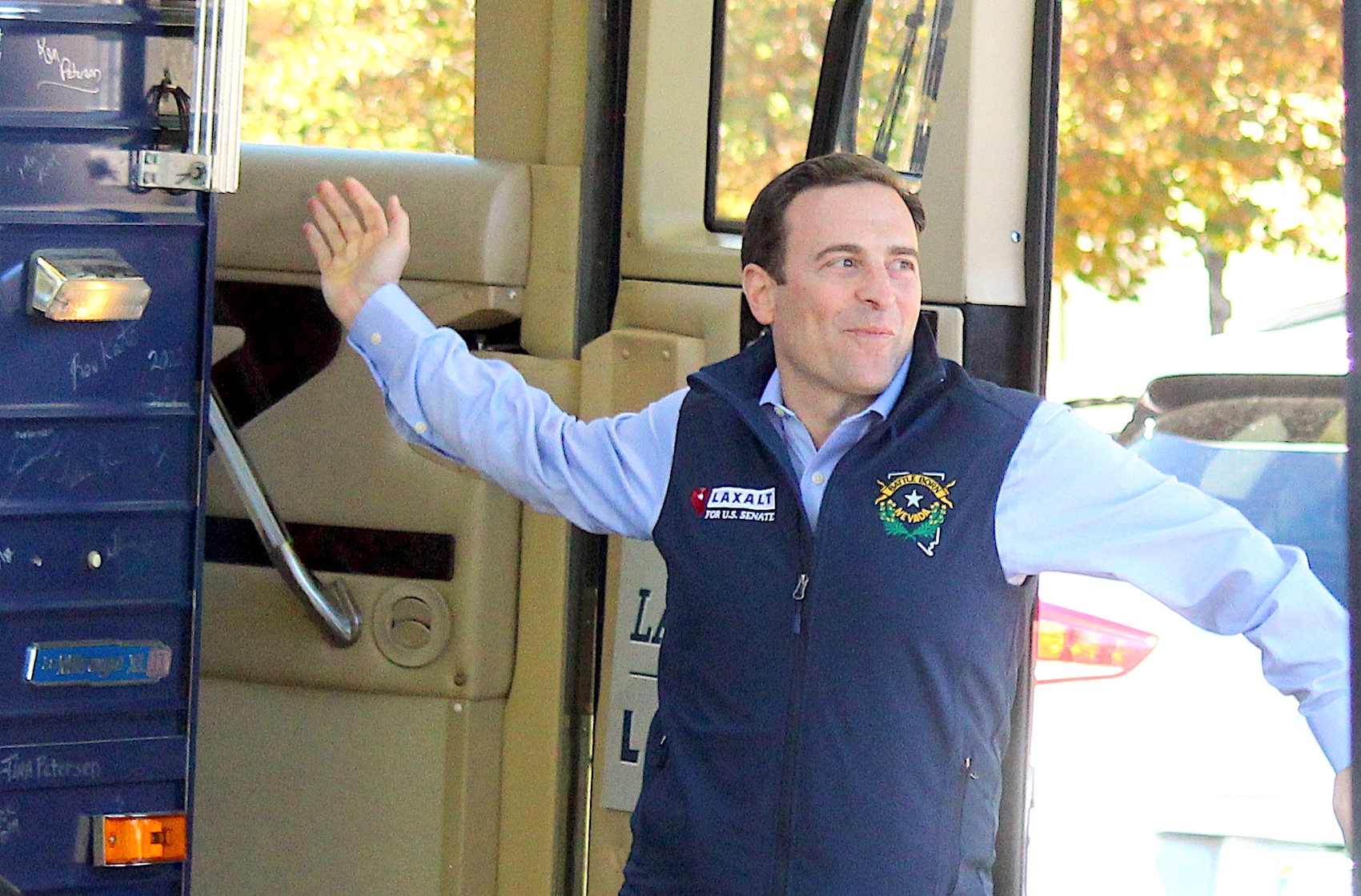 Hyde-Smith told the Carson City audience she was accompanying Laxalt to help send him to the Senate.

“This is an audience participation election,” she said.

Hyde-Smith said supporters must vote as well as telling their friends to vote. She said Laxalt is needed in the Senate to help with the issues including the borders and economy. She said the economy is hurting everyone.

“I’ve been taking pictures today of the gas prices in Nevada to send back to my husband in Mississippi,” she said before noticing a placard.

“I love these ladies for Laxalt,” he said.

Bondi said she traveled to Nevada because of her friendship with Laxalt, they both served during the same time as attorneys general.

“Everyone is coming here to support Adam Laxalt because this race is so important,” she said.

Bondi said Laxalt was also a Second Amendment rights champion with her, and they also had a concern about illegal immigration.  She said they were also concerned with the opioid epidemic and human trafficking.