Identity of woman who tried to pass fake $100 sought 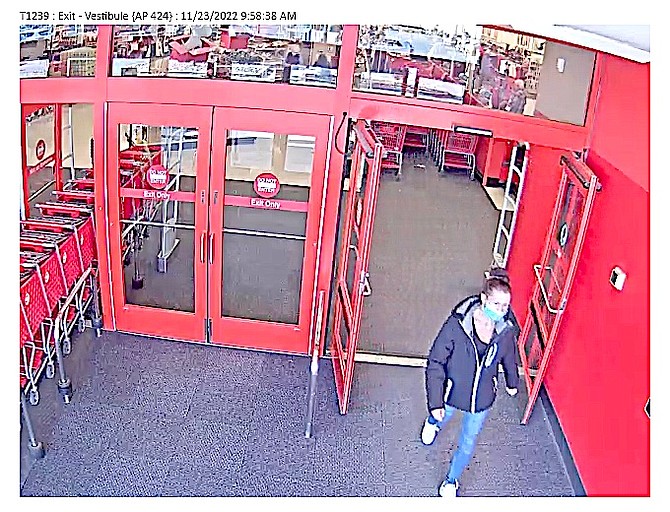 A woman tried to use a fake $100 bill at the Target last week.

Douglas County investigators would like to have a chat with a woman who tried to pass a fake C-note on the morning before Thanksgiving.

According to the Sheriff’s Office, the woman entered the Jacks Valley Target around 9:54 a.m. and tried to use the counterfeit $100 for a purchase.

An employee confirmed the bill was fake and confronted the woman, who left at 9:58 a.m. in an unknown direction.

Anyone with information on the identification of the woman is asked to contact Deputy Erik Eissinger at 775-782-5126 and refer to case No. 22SO30320