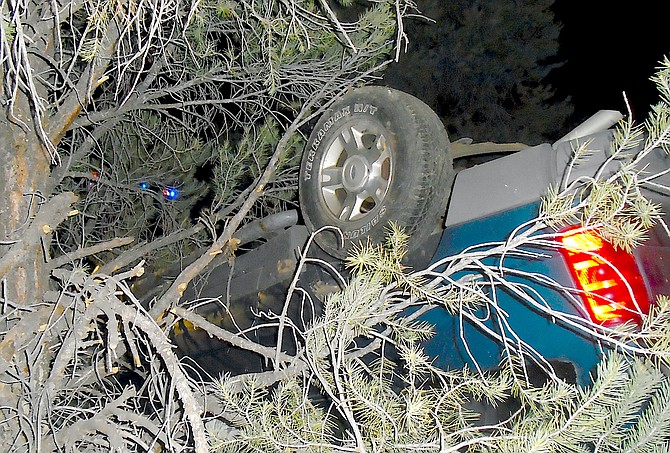 A Ford Explorer came to rest in the brush just south of Double Spring Flat in the Pine Nuts on May 8. The driver was ejected. Nevada State Police photo

A Minden man killed in a single-vehicle rollover on Highway 395 near Double Spring Flat early on May 8 was identified on Monday.

Jason Clarkson, 43, was northbound on the highway in a 2001 Ford Explorer when he crossed the centerline and left the roadway around 2:30 a.m.

The Explorer struck a barbed wire fence, and several trees and bushes before overturning.

According to the Nevada State Police, Clarkson was not wearing a seat belt and was thrown from the vehicle.

Speed may be a factor, investigators said.

The crash is being investigated by the Northern Command West Multi-disciplinary Investigation and Reconstruction team.

Anyone with information about the crash is asked to email ncwmirt