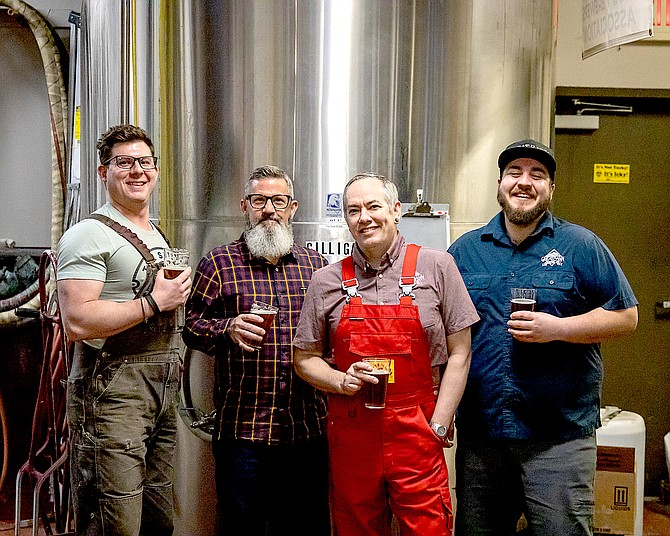 Aldrich is the son of Minden photographer Jay Aldrich and landscaper Tina Fixman. He is a 1999 graduate of Douglas High School, who worked for The Record-Courier while he was in school. A graduate of the University of Nevada, Reno, Aldrich has worked for Great Basin ever since.

“At Great Basin, we’ve always had world-class standards when it comes to brewing our craft beer,” Aldrich said. “This holds true not only for our most loved beers but also as we continue pushing forward with fresh, fun and exciting craft beverages. Our brewing team has never been stronger than it is today.”

Great Basin was purchased by Overland owner Mark Estee and his team at Local Food Group from Tom and Bonda Young in September 2021.

Nearly six months after the purchase was finalized, the brewery reports experiencing strong growth, not only at their two brewpubs, but across their retail distribution channels in Nevada, California, Utah, Washington and Idaho.

“We’re incredibly excited to build on Tom and Bonda’s legacy of craft beer both locally and regionally,” said Estee. “As we eye new markets and growth opportunities, we’re hitting the gas.”

In support of that growth, the brewery announced it will have two brew masters – Evan Eldridge and Aaron Halecky.

Eldridge will oversee the brewing across Great Basin’s brewpubs, as well as innovating with new recipes for their craft beers. Halecky, will be in charge of production brewing for the company, ensuring that their high-quality standards continue to be exceeded in all distributed beer brands.

The brewery is promoting Billy Wentworth to warehouse logistics manager. His expertise in managing logistics and supply chains will prove invaluable as the company eyes future growth in distribution across emerging markets.

“I’ve never been more excited for the future of craft beer. This next generation of brewers and managers builds upon the history and successes of Great Basin,” said Young. “Having worked closely with these talented folks for years – I have the utmost confidence in each and every one of them.”