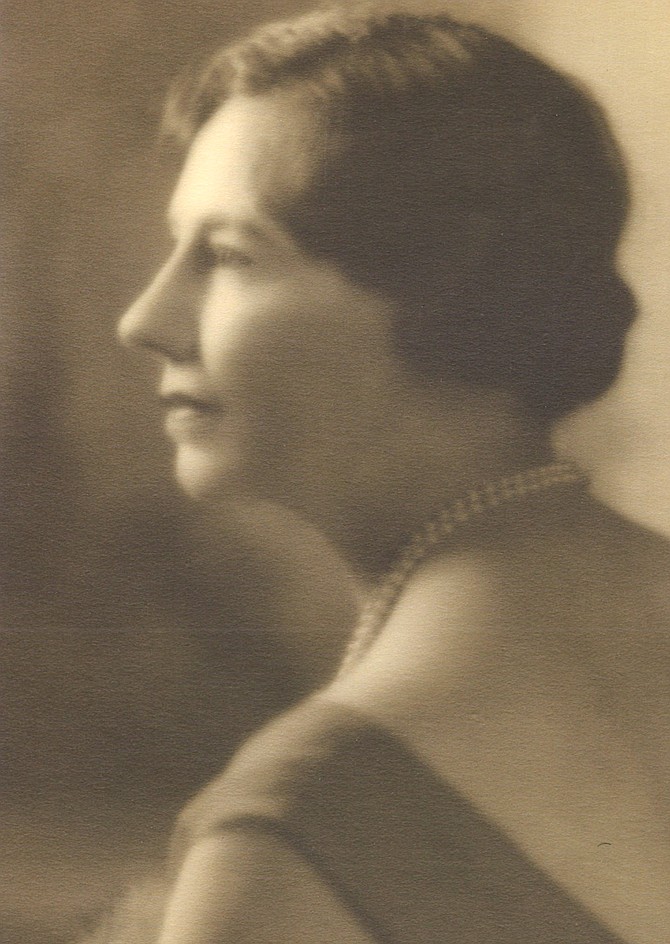 One of the longest denizens of the Dangberg Home Ranch, Gertrude Hironymous came to Carson Valley as a 21-year-old school teacher after graduating from Nevada State University in 1896.

It wasn’t long before she caught the eye of a 31-year H.F. Dangberg Jr. and the two were wed in June 1898. Just eight years later, H.F. Jr. would found the town of Minden to serve as a railhead for the Virginia & Truckee.

Dangberg, who lived on the home ranch until her death in 1968, is one of four women being recognized 1 p.m. Saturday as part of the Douglas County Historical Society’s annual Women in History Remembering Project at the Carson Valley Museum & Cultural Center.

“(The) Remembering Project gives the community the opportunity to travel through the ages learning of many women and their contributions to our county,” Co-Chair Linda Reid said. “The stories we hear tell us of personal achievements as well as sweeping changes, some of which may have affected the country as a whole.”

The program is open to the public at no cost.

Gertrude was born to a ranching family in Modoc County, December 1876. Her parents instilled in her a respect for education and music. She went on to become one of the first women to graduate from Nevada State University with a BSA degree and went on to earn a state High School teaching certificate. Gertrude loved music. She became an accomplished soprano and pianist becoming well known throughout Reno and Carson Valley. Gertrude retired from teaching when she met and married Fred Dangberg Jr. Gertrude and Fred went on to have five children. Her continued interest in education led her to serve on several education committees and boards. Gertrude served her community well and remained socially active. She used her education and teaching skills to help improve the local state and national education systems. Gertrude Dangberg recognized the power of community groups, especially for women.

Margaret Hume was born November 1877 in Glasgow, Scotland. She, along with her family, immigrated to Chicago in 1889.

At a young age Margaret developed a talent for music and by the age of 18 she was a church organist and an accomplished piano teacher. In 1904 she married Walter John Scott. Shortly after the wedding Walter’s career took them to Seattle where they started their family. It wasn’t long before Walter’s position with a subsidiary of U.S. Steel returned the family to Chicago where Margaret became heavily involved in community groups including the Midwest Horticultural Society which set the stage for her future interest in history and its preservation. In 1939 Margaret’s daughter Agnes and her husband Percy Train purchased the Pink House in Genoa. Margaret and Walter would often visit their daughter and eventually fell in love with Nevada’s oldest settlement. In 1944 they moved into the Pink House. Margaret quickly became an active member of the local community and in 1949 she helped found the Genoa Historical Society. She continued her love of music, history and volunteer work well into her nineties. Margaret and Walter are buried in Genoa cemetery where they continue to watch over their beloved valley.

Anita Ernst Watson wasn’t born in Nevada but has lived here so long she feels like a native. She graduated from Douglas County High School in 1967, attended UNR, dropped out and worked a variety of jobs for a while.  In 1972, she married a Douglas classmate, Steven Watson. They have three sons:  Andrew, a Colonel in the U.S. Army; Joshua, recently retired as a Computer Forensic Detective form the Reno Police Department; and Lucas, a Supervising Adjudicator for Nevada DETR. Anita has published and edited works in history and oral history. She has taught at UNR and WNC, was a museum educator in St. Cloud, Minn., for two years, managed a number of history programs, including the Young Chautauqua Program for Nevada Humanities. Anita performs Chautauqua as four characters with close Nevada connections.

Marion was born in the small agrarian community of Fish Haven, on the shore of Bear Lake, Idaho.  Besides being raised in an agricultural area she always had an interest in writing and education. This interest led her to become editor of her school newspaper, which won her statewide recognition and a scholarship. Marion continued her love of writing and education throughout the rest of her life. At the age of 25 she married Bob Ellison. As their family grew, she turned her talents to wife and motherhood. Her childhood in Idaho honed her abilities in sewing. She made much of their clothing by hand along with other household necessities such as drapes and curtains. Marion could also cut firewood and cultivate a garden with the best of them. Marion went on to contribute to education, writing, youth organizations and numerous community projects.