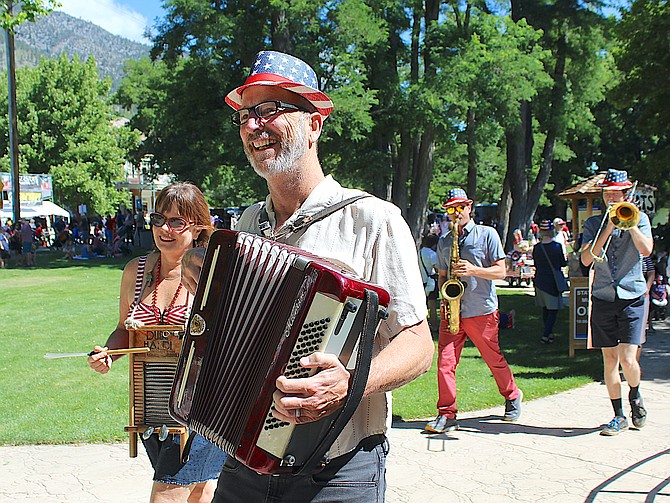 Genoa’s Fourth of July Parade might actually get longer as it makes its way around Mormon Station State Historic Park.

The parade has certainly become more popular as residents lined Nixon and Main streets while members of the Genoa Volunteer Fire Department blocked traffic. The parade marched twice through the park before dispersing.

It was just the opening for the celebration of Independence Day in Nevada’s oldest town.

Several Pops Performers will join the Carson City Symphony in Mormon Station for the day’s crescendo.

Fireworks are scheduled at Stateline at dusk.