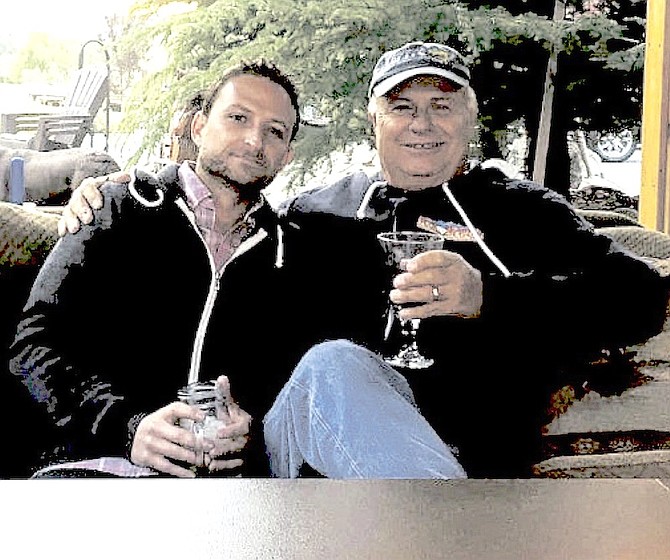 Matt and Harvey Grime still operate the Fox & Hound, though founder Harvey has taken a step back.

On Nov. 8, 1991, Harvey Grime opened the Fox and Hound. Grime’s prior experience in the industry started back in the ‘70’s and included stints at local establishments such as Bitter Creek, Sam’s Place, the Shoals, and the Thirsty Duck. It was that experience that set the tone, and foundation, for the Fox and Hound to continue operating over the following 30 years.

Eventually, Grime's son Matt, and the restaurant’s current proprietor, wanted to get involved.

“I was getting out of college and was inspired to do some different things in the restaurant industry and wanted to see how the management side of it worked,” said Matt Grime. “Dad and I ultimately became partners. Now I run the day-to-day, and he’s more on the retired side although he still comes up for the holidays and summertime.”

Over the years, the Fox and Hound has gone through quite a bit of change to get to where it is now. When it opened, it was far more a bar than a restaurant. In 2010, it had its first major facelift, which doubled the dining room space. Then, in 2016, the bar was expanded to its iconic horseshoe shape, which also allowed for the increase of slot machines from eight to 15.

Even the Fox and Hound’s menu has changed over the years – their staple slow smoked barbecue wasn’t always part of the menu.

“It wasn’t until about 10 years ago we started getting into barbecue,” noted Matt Grime. “Contrary to now, there weren’t really any barbecue restaurants in Tahoe. We had a small smoker and would do ribs on the weekends and more specialty things, but it became more and more popular and just grew from that.”

That’s when they also started doing barbecue competitions, and as noted by the trophies above the bar, they’ve been effective. But, even with the success they’ve seen with their barbecue fare, their menu remains quite extensive.

From breakfast to burgers to pizza, and throwing in fusion items such as tri tip tacos, their main goal is to keep it classic. Even with the current challenges of shipping and supplies, and while many restaurants have had to scale back, they strive to keep their expanded menu while also maintaining 80-90 percent of it from scratch.

One particular item on the menu that has garnered a lot of attention is the burger challenge.

“Me and a buddy were having a couple beers thinking up fun and unique items, and we built it together. It’s become popular and I’m still amazed at how much food people can eat that fast,” added Matt Grime.

The challenge consists of multiple favorites off the menu and stacked high – real high. But, if you can complete the challenge in 60 minutes or less, the burger is free.

While the food has been one item that has kept people coming back, another has been the welcoming atmosphere that’s been established.

“We still have the old school Tahoe mentality – we appreciate the people who come in here and it’s nice to get to know your clientele. We treat them with good food, drinks, and service. It was my dad’s history and legacy and we try to keep that tradition alive,” said Matt Grime.

In a submitted press release, original proprietor Harvey Grime added, “I can’t believe it has been thirty years. I am proud to say that we are still here and hope to see another thirty!” He also added, “I am proud to have my son as a partner.”

Matt Grime added, “We are super excited to celebrate thirty years in business, the last three years have been a challenge – we couldn’t have done it without a great staff over the many years.”

Whether staff, local, visitor, or regular, it’s evident the Fox and Hound strives to make everyone feel like family – a recipe that’s been a success for the Grime family for the past 30 years.

The Fox and Hound Smokehouse Grill & Bar is located at 237 Tramway at Stateline, NV. For more information visit them online at foxandhoundtahoe.com.