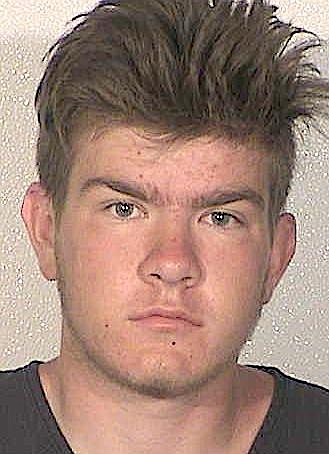 A Gardnerville Ranchos man accused of plying a 13-year-old girl with alcohol and then sexually assaulting her and fondling a 15-year-old faces up to 25 years in prison.

Alexander Jaiden Russell, 18, admitted Tuesday to attempted sexual assault and attempted lewdness both on children under the age of 16.

Under a plea agreement, prosecutors reduced the sexual assault and dropped an arson charge Russell was originally facing.

Russell may only get probation if he is found not to be a high risk to reoffend. He will be required to register as a sex offender and a convicted felon.

As a result of his plea, a jury trial was vacated.

Russell admitted to fondling a 15-year-old girl, who said he touched her 1 a.m. June 16 at Ranchos Aspen Park. The next morning a park ranger found someone had set a fire in the bathroom and Russell was sleeping at the park.

He also admitted to an incident involving a 13-year-old girl in Bluerock Park around 2 a.m. June 18.