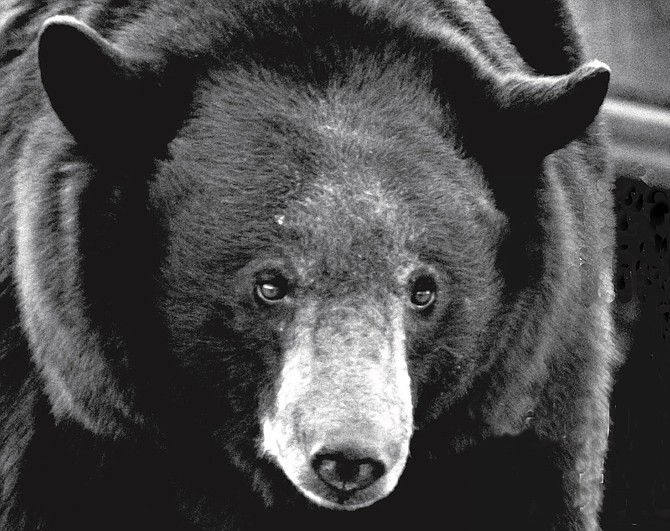 Hank the Tank in a photo that appeared in the Tahoe Daily Tribune on Friday.

The story of the three bears in Tahoe Keys is really about two mama bears and the father of all papa bears.

The California Department of Fish and Wildlife announced Thursday that DNA evidence revealed that 500-pound black bear social media sensation, Hank the Tank, was not solely responsible for around 150 bear calls in the Keys.

“Considering new evidence suggesting multiple bears are responsible for recent incidents, the department will work in coming weeks and months to trap bears in the South Lake Tahoe area, tag them, collect evidence for genetic analysis, and then release them into suitable habitat,” Bear Republic officials said. “During this effort, CDFW will gather information and learn from scientific analysis to help inform and refine our bear management in the Lake Tahoe Basin. CDFW is not going to euthanize any bears that are trapped during this effort.”

After being accused of scores of break-ins, mostly in the South Lake Tahoe neighborhood that has banned bear boxes, California officials proposed euthanizing the bear.

But online efforts to rescue Hank may have had something to do with the decision to just roust him from the neighborhoods, along with the the rest of his ursine crew.

A GoFundMe called Save Hank The Tank (The Fat Bear) was started Tuesday morning.

“The costs associated with accommodating large apex predators within sanctuaries can be costly, as these sanctuaries typically depend on volunteers and donations,” organizers, who are seeking $50,000, said. “Building suitable infrastructure for appropriately sized enclosures can be a costly expense on sanctuaries. As well as vet bills, treatment, and feeding all add up and a lot of large predators are turned down due to being unable to accommodate them. Which typically means authorities are left with one difficult choice. I would like to prevent that from happening by helping an appropriate shelter or sanctuary with costs of accommodating Hank.”

Hank is pretty familiar with the gendarmes, having been have hazed Hank several times with sounds, shocks and sprays in an effort to deter him from heavily human-populated areas.

“He’s learned to use his size and strength,” said Peter Tira, communications specialist for CDFW. “It’s a 500-pound wild animal forcing his way into homes.”

Black bears, more often than not, do not want conflict with humans but it would just take one time of a bear Hank’s size feeling threatened or trapped for that to change.

The heartbreaking part of this story is that it could’ve been avoided.

While the center has no hand in the Hank the Tank situation, they regularly take in sick, wounded or abandoned bear cubs.

Bears should be hibernating right now, but Upton said that while the abnormally warm winter may have confused the bears’ internal clocks, the bigger issue is their access to food, specifically, human food.

If the bears can access human food, they don’t need to hibernate.

The city of South Lake Tahoe does not require residents to have bear boxes, except in vacation home rentals. However, South Tahoe Refuse has a bear box loan program to help all homeowners receive a bear box.

Most jurisdictions around Lake Tahoe, including all of Douglas County, require that someone who has had multiple incidents where a bear has gotten into their trash obtain a bear proof trash can.

However, until recently, the Tahoe Keys Property Owners Association has denied residents the opportunity to put bear boxes on their properties.

The association refused to comment but South Tahoe Refuse Sustainability Program Manager Jeanette Tillman said they’ve tried to work with the association in the past.

“They don’t want them because of aesthetic reasons,” Tillman said.

This isn’t to say this is a strictly a Tahoe Keys problem, there are bears all over Tahoe. However, bear boxes, or the lack thereof does make a difference. Tillman estimates that outside of the Keys, about 3,000 residents have bear boxes.

According to Tillman, the company is now considering Kodiak Cans, which are bear-proof containers that can be rolled out and picked up by an automated truck, like a normal trash can.

Tilllman said that although the association has expressed interest in using Kodiak Cans, it’s a timely and expensive process.

“Don’t put food in the garbage,” Tillman said. “They really go after things that taste good.”

The Tahoe Keys also has a communal bear box at the pavilion, where people can bring their trash.