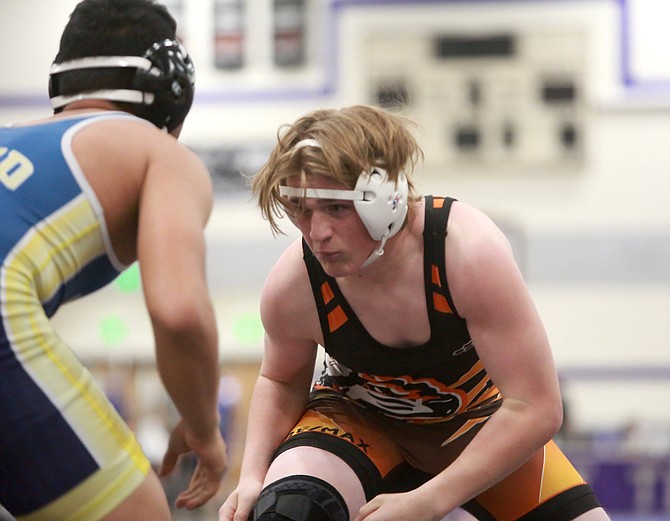 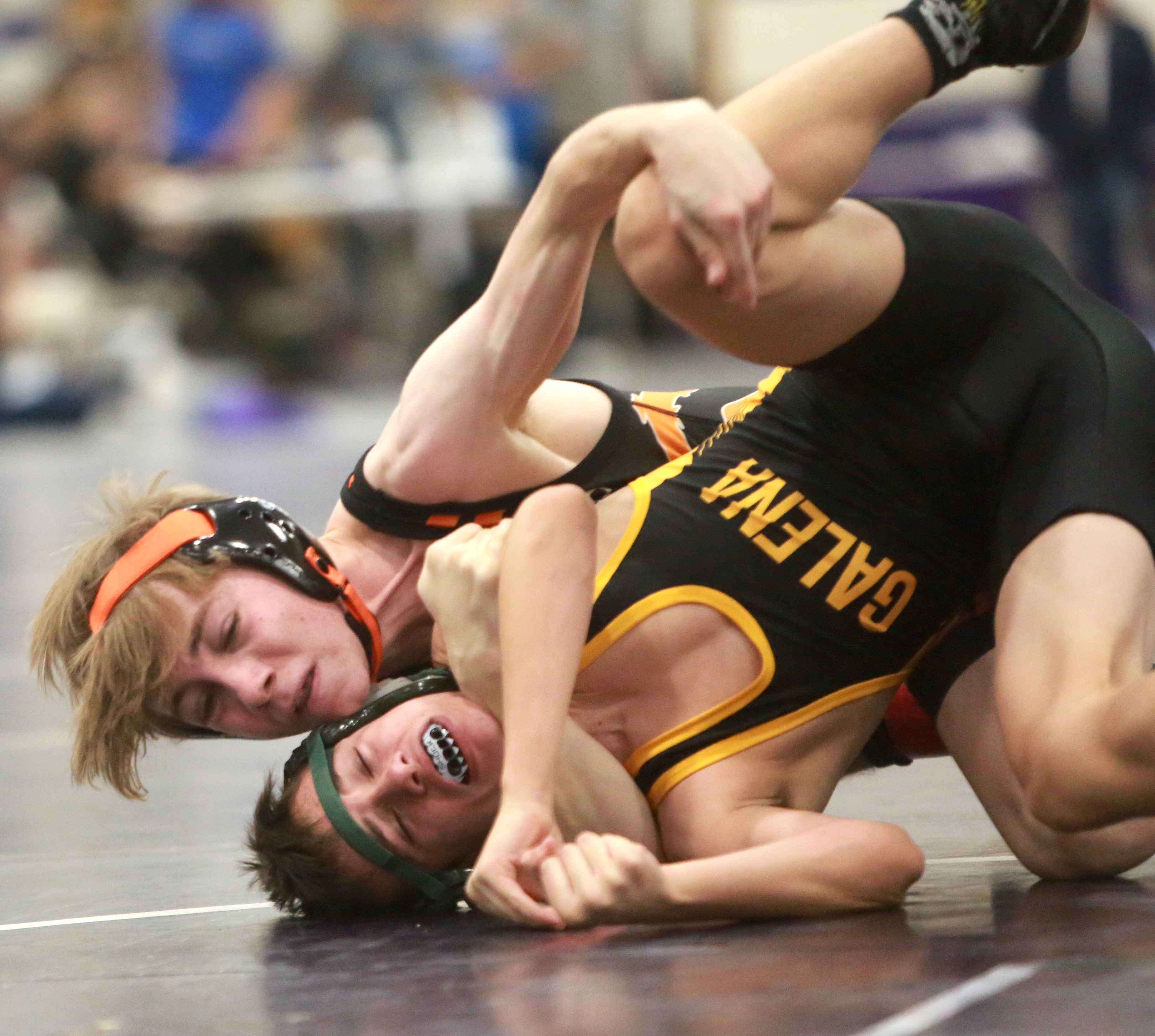 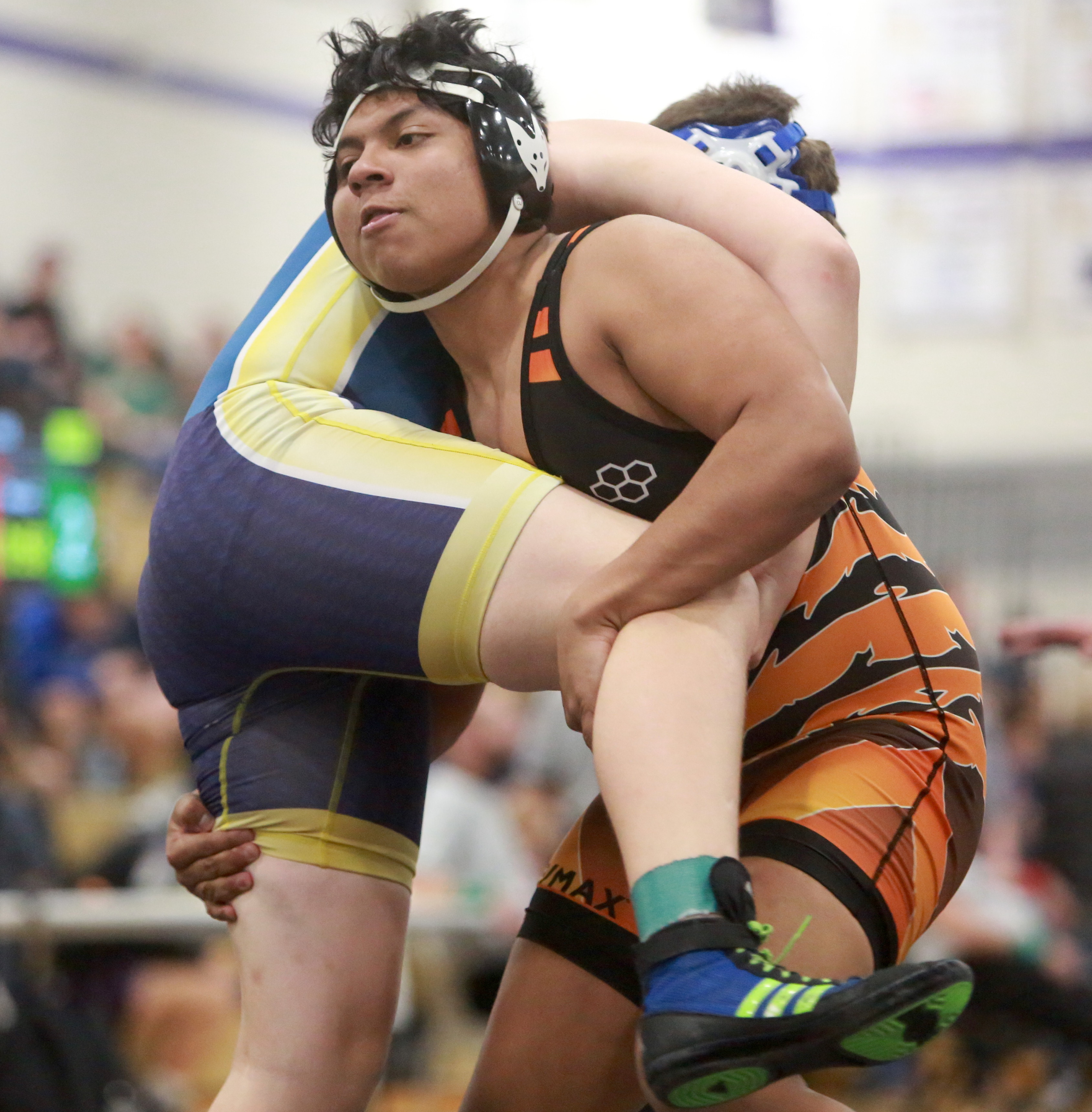 (Manuel Garcia picks his opponent up prior to a takedown Saturday, during the Class 5A regional wrestling meet at Spanish Springs High School. Garcia took fourth place at 195 pounds, meaning he qualified for next weekend's state tournament. / Carter Eckl)