112-year-old commercial center on the market 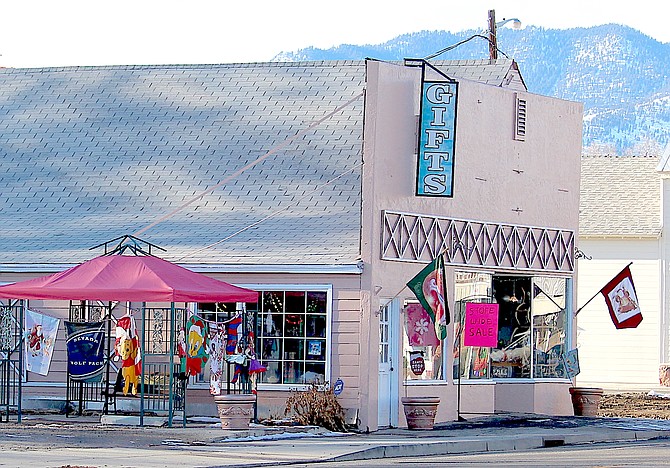 It has been 112 years since anyone’s had an unencumbered view of the west side of one of Gardnerville’s oldest retail centers.

Built in 1910, the building at 1420 Main St. has been the home to Country Carousel since it opened Valentine’s Day weekend in 1995.

Owner Sandy Anderson unveiled it as a year-round Christmas store 24 years ago, according to an R-C story by Linda Hiller.

While its earliest uses are lost to time, the building was part of the boom in Gardnerville that saw construction of the Overland and a few other structures that survive to this day.

For most of its existence, it has housed some sort of retail outlet, with Snyder’s Variety Store opening in 1936.

Roy Whitaker purchased it from Robert Snyder in 1943 and changed the name to Whitaker’s Five & Dime Store in 1952, according to The Record-Courier.

Whitaker also operated a laundromat and a trailer park on the property until his death in 1962.

The center has been home to a variety of businesses over the years, including Bryan’s Discount Liquors in 1979 and Nevada First Thrift in 1980.

When Anderson purchased the building, it was named after Sandpiper Salon, which opened in 1984.

It was the home of The Elephant Trunk in 1986. Book and Coffee Cup opened there in 1988, changing its name to The Shop.

In addition to Country Carousel, the center is also home to CJ’s Floors.