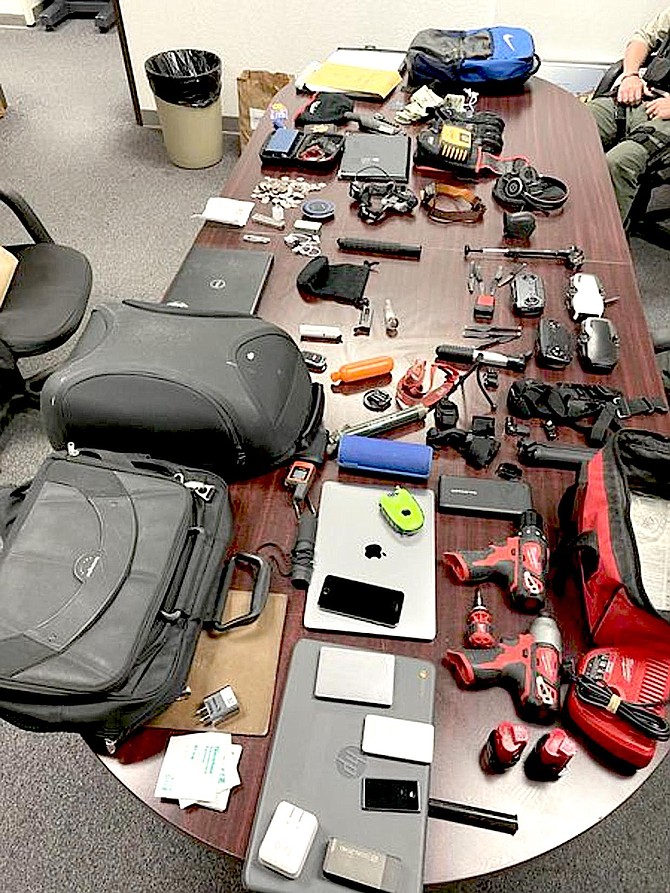 A California man who was sent to prison after he was arrested for burglary as residents of South Lake Tahoe were returning home from evacuations last year appeared in Douglas County District Court on Tuesday.

Dykes, 39, was seen on security video at the Home Depot and Topsy Walmart purchasing $1,113.24 in merchandise using a credit card stolen during a South Lake Tahoe vehicle burglary.

He was caught with four credit cards in other people’s names, according to court documents.

Also appearing in district court on Tuesday was Kyleigh Nicole Dykes, 30, who admitted to principal to fraudulent use of a credit card on Aug. 10, 2021, at the CVS in Stateline and possession of a credit card without permission.

Prosecutor Chelsea Mazza said Kody Whitehead was convicted of a felony in connection with burglaries during the Caldor Fire evacuation.

Joseph Dykes and the Whiteheads were both involved in thefts around South Lake Tahoe after residents returned from the evacuations, according to news reports at the time.