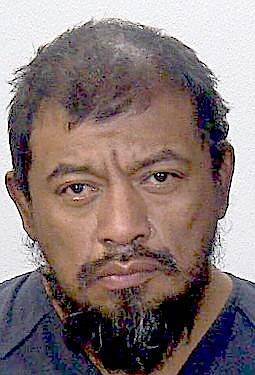 A casino worker was allegedly slashed by a drunken man early Monday morning in Stateline.

Sacramento resident Carlos Isaias Marroquin, 44, reportedly slashed the worker three times with a knife before the worker was able to escape.

According to the sheriff’s report, two casino workers were sitting in a booth at the Alpine Union Restaurant eating when Marroquin walked in.

Deputies responded to the Hard Rock at around 3 a.m. after they received the report. Security officers pointed them in the right direction after spotting him on camera going outside.

Because of the fresh snow, deputies were able to track his footprints to where they found him in the snow.

It appeared he was extremely intoxicated and had fallen down a couple of times. He was found lying in the snow where deputies took him into custody.

The worker was taken for treatment.

Marroquin is being held for battery and assault with a deadly weapon and attempted murder. He is scheduled to appear in Tahoe Township Justice Court on Dec. 27.

• A man was arrested for felony driving under the influence early Monday morning behind a Gardnerville bar.

Cesar Crispin, 53, was allegedly behind the wheel of a running vehicle behind Nevada Ugly.

Deputies obtained a warrant to conduct a blood draw.