City: No pollution going into Carson River in EPA case 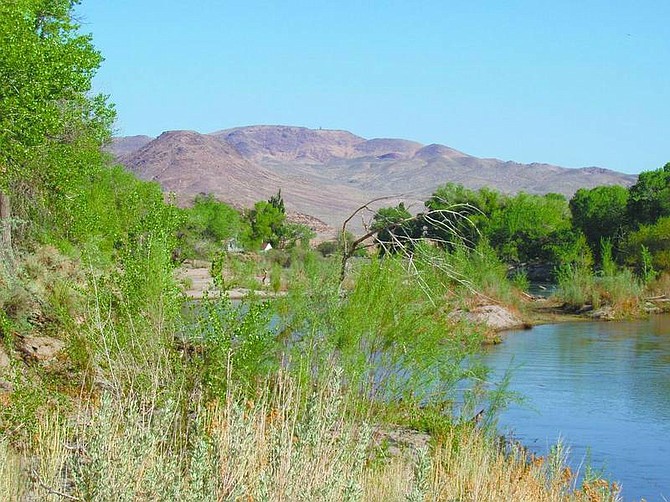 Carson City Public Works Director Darren Schulz said there is an existing agreement with Douglas County “to take some of their sewer from north county that needs more pretreatment requirements in it.”
EPA auditors found “incomplete documentation of inspections of Douglas County.”

No fine was issued in a settlement between Carson City and the EPA.

“Douglas County permit indicated that the flow weighted average concentration would be used but no calculations were in the files. Some raw analytical results exceed local limits for BOD, sulfide, and phenolics.”

Carson City Wastewater Utility Manager Andy Hummel said there is no pollution going into the Carson River from city facilities.
“The samples that exceed BOD, phenolics, and sulfides were taken by Douglas County personnel as part of their permit compliance,” Hummel said. “Those tests are indicators of how strong the wastewater is, and how much fat/oil/grease (or FOG) is in the wastewater. Those compounds are typically largely removed by grease interceptors installed at restaurants and other businesses that would produce them. If not removed, it creates more ‘work’ for the treatment plant due to the strength, and the FOG can clog pipes and create hydrogen sulfide gas causing odors and long-term corrosion. The test point in the permit for the sampling is Douglas County’s lift station which pumps the flows to our system; lift stations are notorious for collecting FOG as the pumps are at the bottom of the station and FOG floats to the top, building up over time. Every time they’ve had a high reading, the first step has been to have them clean the station and retest, which solves it.”
Hummel said Douglas County is responsible for pretreatment control of individual businesses in that county.
“Individually, none of the businesses would qualify as a Significant Industrial User, but because Douglas County collectively sends us more than 25,000 gallons per day of wastewater (one of the triggers in the definition of a SIU) Douglas County is considered an SIU,” he said. “This is largely what EPA didn’t like in our agreement and permit with Douglas County. They wanted more ‘teeth’ in terms of enforcement (which also drove the updates to our enforcement response plan) and required a new permit and agreement be issued.”
Carson City takes sewage from Clear Creek and Carson Valley plazas located near the Douglas County line. At some point that sewage is anticipate to be treated at the North Valley Wastewater Treatment Plant.
“Western water bodies, such as the Carson River, are already at risk from climate change and drought,” EPA Pacific Southwest Regional Administrator Martha Guzman said in a statement. “Pretreatment of industrial wastewaters provides important protections for the city’s infrastructure, residents and workers, and downstream waters.”
Hummel said the errors found were all technical in nature.
“The pretreatment program permits and inspects the various industrial, manufacturing, and commercial businesses in Carson City to prevent discharge of chemicals to the sanitary sewer system which could impact the processes at the treatment plant,” he said. “The findings of the audit were related to code updates being required to match current EPA standards, permit language needing updating, better tracking and permitting software being needed, and the need for an updated enforcement response plan. No findings or allegations regarding pollution being released to the Carson River were made.”
No fine was levied by the federal agency. A corrective plan is in place that the city is following.
Hummel said the city is being diligent in complying with the agency’s request.
“As to next steps, we submitted revised code language to the EPA in May, which will be submitted to the Board of Supervisors for consideration once approved by the EPA,” he said. “An updated enforcement response plan was submitted to the EPA two weeks ago. Environmental control staff is currently updating all permits to include the language requested. We have also procured a new permitting software solution specifically made for environmental control permits, and are currently implementing that system. The corrective action agreement specified certain dates for the agreed items; we are on or ahead of schedule to complete all the tasks.”