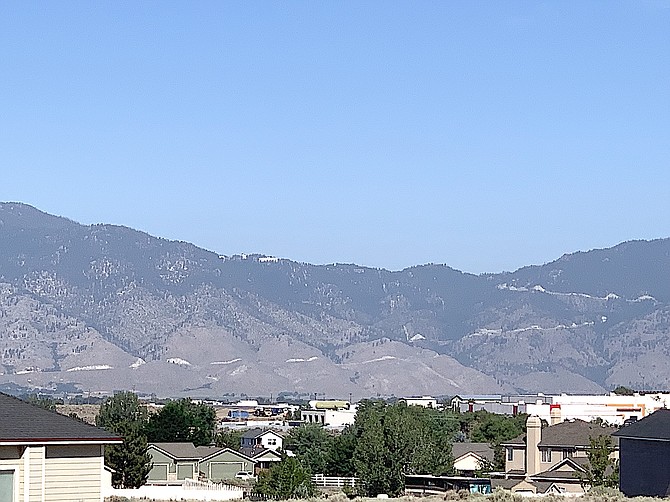 Genoa, Nev. — Genoans will be conducting early preparations for Candy Dance at their meeting tonight, including maybe picking a poster and setting a price for the dinner-dance that consists of half the name. Town Board members are also scheduled to hear an update on recruiting a manager at their 5:30 p.m. meeting in the Genoa Town Hall.

Preparations are underway for Douglas High School’s Sept. 14 Homecoming event in Minden Park. The high school is seeking nominations for its Hall of Fame for members of the Class of 2012 or earlier or retirees from 2016 and earlier. Email Karen Lamb at klamb@dcsd.k12.nv.us

Besides homecoming on the consent agenda, Minden Town Board members will discuss a plaque for Seeman Ranch Pond, so that not much going on in the CVIC Hall with the 5:30 p.m. meeting.

East Fork survived the scenario of multiple wildfires cropping up around the same time on Tuesday afternoon. I expect it will be determined that both fires began as a result of lightning strikes on Monday that smoldered until a breeze came up.

The wildfires are generating a little haze in the Valley, but not enough to affect air quality, which according to fire.airnow.gov is in the good range.

Minden did indeed break its 82-day dry spell, but not by much according to the official record. Weather Watcher Stan Kapler reported a trace of moisture in his gauge. Your results may well have varied.

The forecast contains the possibility of thunderstorms 2-11 p.m. today with a high temperature of 92 degrees and the wind picking up out of the northwest at 5-10 mph. The chance doubles on Thursday.