The impacts of autism on siblings 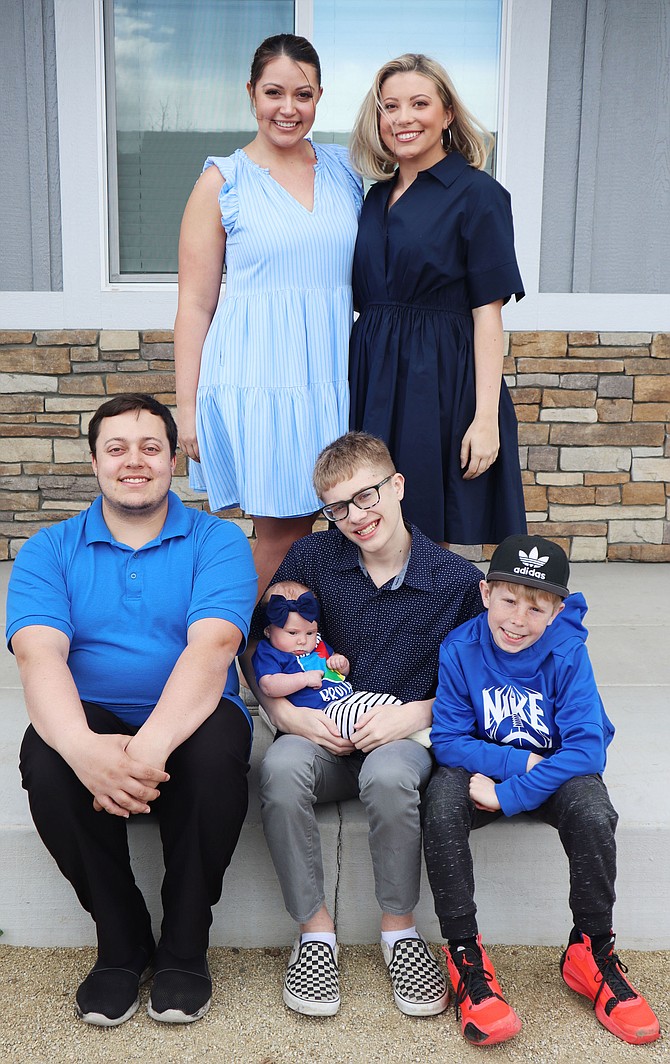 April is Autism Awareness month. While the foundation of autism awareness campaigns is typically about understanding the individual with the spectrum disorder, family members are also often impacted. Siblings are often family members who all have their own unique situations and may feel very differently about having a sibling on the spectrum. I took the time to interview some Autism spectrum siblings to gain a greater understanding of the challenges and rewards associated with being an Autism sibling.

The initial diagnosis can be a time of transition for the family, the sibling included.  The diagnosis can bring on feelings of sadness, resentment, and disbelief but can also be a time when the family comes together choosing to educate themselves on the disorder.

“Because I’m older I grew up with Alex during and through the beginning of his diagnosis. There was a transition for him, learning social skills, being nonverbal, stimming, etc. to the person he is now, “said Bailey Gumm. “I always knew Alex had autism and what autism was. My parents got me books and educated me on autism which helped during times of frustration, resentment, and sadness because I understood Alex’s perspective and could meet him where he was.”

Siblings often play an intricate part of the sibling relationship. Many of them take on a caretaker role aiding in the rearing and upbringing of the sibling.

“In some ways, I have always felt the extra pressure and responsibility for the well-being of my brother Alex, who is on the autism spectrum,” said Bailey Gumm who is Alex’s older sister. “As he gets older and resources and support for adults with autism become sparse, I worry about making sure he is set for a successful future. I want him to be genuinely happy, reach his goals, have social connections, and feel fulfilled.”

This can be seen in many of the older siblings but even at a younger age. For the child with autism who finds socializing challenging, the banter and bickering of siblinghood may provide a meaningful experience of friendship and the sibling can play a critical role in that dynamic.

“I have had to help him tie his shoelaces or understand things,” said Blake Blosser, an eleven-year-old younger sibling to his brother Brody Blosser. “Sometimes he doesn’t understand certain things. He might not understand something that is plural or certain words when I am trying to talk to him, simple things like when I say the word ride versus red. Sometimes he can’t say certain words or they just don’t come out. I try and help him with that.”

“When I was younger, I didn’t understand everything that my brother was involved in and the many activities he did to help with his autism,” said Cali Gumm, younger sibling to Alex.  “Alex got a lot of attention and was always being driven to doctors appointments and therapy sessions that I didn’t get to experience. He also got after therapy or doctors appointment donuts, which little Carli found unfair. I didn’t understand, and I did experience feelings of neglect or jealousy. My parents started bringing me with him to see what he did at his sessions, and I was able to realize why it was important for him. I think it was impactful for me to go with and see firsthand what he experienced so that I could better understand that Alex was working hard and it was making a difference for him. They also made an effort to take us both to get treats together, so that combated the feelings of jealousy I had about the donut situation.”

Family and social gatherings can sometimes pose a challenge for the family.  Children on the spectrum can be sensitive to sounds, crowds, and light prompting the family to make some adjustments to logistics.  They also often have food sensitivities making eating out a different experience.

“When my brother was younger, he would have screaming fits usually due to overstimulation. When Alex was nonverbal there wasn’t a way to communicate, and it didn’t matter if we were in the middle of the grocery store, movie theater, or park,” said Bailey Gumm. “It’s easy to get embarrassed during those times but remember your sibling has it harder and your parent(s) are doing their best.”

Most families learn to work around these sensitivities and there can also be some perks for the families offered by amusement parks and eateries.

“We get a special fast pass at Disneyland,” said Blake Blosser.  “This is really cool, but it really helps Brody, and he is so funny and fun when he goes on vacation. I enjoy our activities and time together.”

The siblings of children with autism fare better when they have people in their lives — parents, extended family, coaches, teachers, or friends — who listen to and appreciate them and whom they know they can rely on for help.  Siblings with autism often provide emotional support to their siblings, but this can be reciprocated and enjoyed by both siblings.

“I spent most of my childhood not knowing or understanding that Alex had autism. What I knew was that it was hard to watch my brother struggle with things that came easy to me, like math class or making friends,” said Carli Gumm. “I also was drawn to the things about him that he excelled at and could teach me. Alex is a really good teacher, and that is arguably the most important quality in being an older sibling.”

The biggest takeaway for the family and for anyone who is a supporter of a sibling is awareness of the potential impacts.  A typical sibling may develop stronger qualities of maturity, patience, resilience and empathy just from being a sibling.

One constant among the siblings interviewed is asking for understanding and patience of the sibling on the spectrum and the family.  Inclusion and acceptance were also words that rang true for them all.

“Inclusion is key,” said Bailey Gumm. “I encourage you to find a shared activity to do with your sibling. Always see your sibling for who they are, and not as another statistic. They are unique just like you. Celebrate them for their differences.”

If you are an Autism sibling in need of support, I encourage you to reach out to the support service we have in our community.

There are several organizations that can provide support or get you to the appropriate provider such as Family Support Council, Moxy Up, and the Aktion Club. Family Support Council will be hosting its second annual Autism Resource Fair on April 23, 2022, where many community providers will join together to provide support.  The Douglas County Sheriff’s Office will also have its autism car and will be taking sign-ups for the Autism Recognition Alert Program.

Melissa Blosser is the mother of a child on the spectrum and autism advocate.